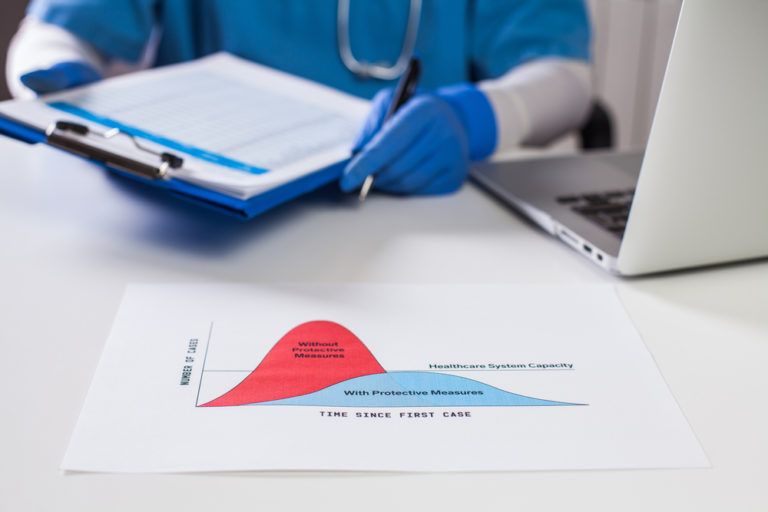 NASSAU, BAHAMAS — Director of the National HIV/AIDS and Infectious Disease Programme Dr Nikkiah Forbes said The Bahamas has passed the point of flattening the curve of the second wave of COVID-19, but due to ongoing cases on a daily basis, the wave is not over.

Speaking to Eyewitness News, Forbes said: “We have been seeing numbers that are in the single digits and low double digits.

“Some days, it is in the teens. So, that’s very good. What that means is we have flattened the curve of the second wave.

“But the reality is COVID-19 has not gone away, because we are still seeing cases every day, even though the curve has flatlined and the number of new cases are at a level where the healthcare system can function.

“We look at other metrics that are also quite good. We look at the percent positives in the total samples, we look at total number of cases per day, hospitalizations and deaths.

“And those have stayed fairly constant and, again, below the capacity of the healthcare system to cope. That’s a very good thing.

“So, what you can say is that the curve, the crest, of the second wave has flattened. We are beyond that point, but the pandemic has not gone away. There are still cases.”

The first wave of the virus spanned from mid-March to early July.

During that period, only 104 cases of the virus were confirmed.

There were 11 COVID-19-related deaths in the first wave in The Bahamas.

This represents a recovery rate of 83 percent.

Eyewitness News reported on Monday that the recovery rate has surpassed the 80 percent mark for nearly a month.

According to Forbes, the number of recoveries is a good indicator and health officials want that figure to be as high as possible.

“Remember, if you don’t recover that means that you still actively have [an] infection or that the person has died,” she said.

“And so, deaths remaining low, that should mean that active cases of COVID are reduced, so there should be less transmissible persons if all the variables remain the same and there is no outbreak or surge. That’s what that means.”

There have been 178 confirmed COVID-19 deaths.

Another 38 deaths were classified as non-COVID-related as those people died from other illnesses.

The Bahamas continues to prepare for the arrival of the Oxford/AstraZeneca vaccine.

It is expected to receive 100,000 doses of the vaccine in two tranches beginning this month.

According to the National COVID-19 Vaccine Consultative Committee, headed by Dr Merceline Dahl-Regis, the committee was in the process of finalizing its distribution plan, some of which it presented to the public last week.