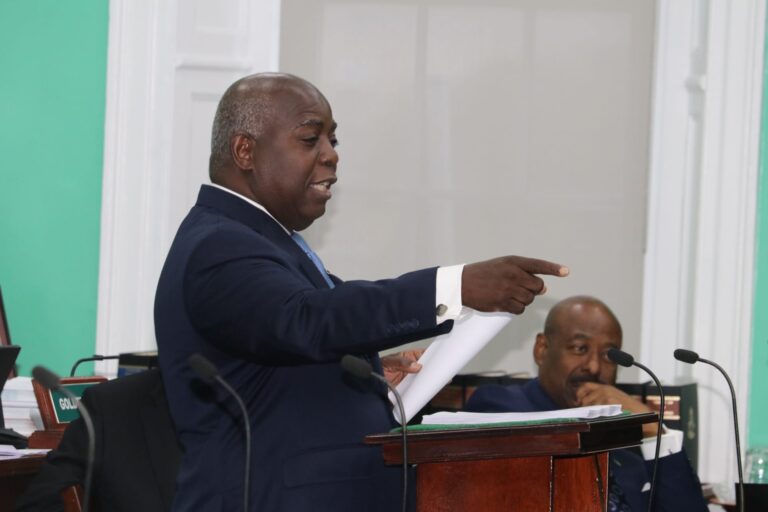 NASSAU, BAHAMAS — Prime Minister Philip Davis said yesterday that his administration’s goal is to reduce this nation’s food imports by 25 percent by 2025.

The pime minister made the pledge during his wrap-up to the budget debate yesterday.

He said: “We are investing $100 million into agriculture to  ensure that The Bahamas takes steps toward decreasing its reliance on food imports.”

Davis noted that  $1.5 million of that budget is specifically allocated  toward “technologies, training, and capacity  building related to food security.”

He continued: “We are also providing $500,000 in grants to farmers and an additional $1 million-plus in funding to secure broilers and to support livestock farming. On our islands where farming is difficult, we are exploring the use of container farms. Duty reductions on engines and parts will help  the fishing industry.”

Davis added: “We are also constructing a Cultivation Centre to modernize training, programs, and sales – so that our farmers and entrepreneurs have support and access to innovations. This is the  first step in a plan which will include adding  Centres on Family Islands, which will  encompass a Produce Exchange, a Fish & Farm  store, and a Food Processing Community  Kitchen.”

The Prime Minister also pointed out that the government is also making substantial investments in BAMSI, noting that consecutive years of high-priority investments in the agricultural sector is the only way to increase this nation’s food security.

Davis noted that because Russia and Ukraine are both major agricultural exporters, especially of grain, food prices are “through the roof” because of disruptions caused by the war.

“Even before the  war, prices were going up due to pandemic related shipping woes and the rising cost of  fuel. Bahamians are finding that they have to retreat from the checkout line and return items from their shopping cart. Some Bahamians – far too many – are finding it increasingly difficult to eat healthy, regular meals. Dollars don’t seem to stretch as far as they  used to, and this has only compounded the  struggles many families were already  experiencing throughout our archipelago,” said Davis.

He continued, “The reality is that The Bahamas already had too high a cost of living prior to the pandemic, so this wave of global inflation has hit us especially hard. This is why our budget allocates resources to specifically help Bahamians cope with the inflation crisis. We have lowered the customs  duty on many items in our grocery stores – eggs, chicken, flour, cheese, corn, prepared  meats, and a huge range of healthy vegetables  have now had their associated customs duties  decreased significantly or are completely duty free.”