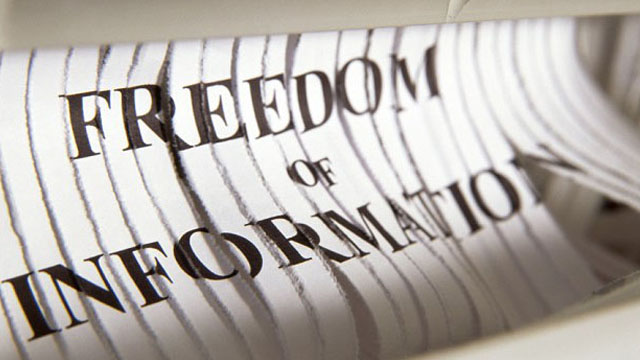 Prime Minister Dr. Hubert Minnis will open the Freedom of Information Act (FOIA) forum today (Monday) – a signal that the government is moving full steam ahead with rolling out the ground work and training required for its implementation.

The forum, which opens at the Royal Bahamas Police Force (RBPF) Headquarters Monday morning, will aim to provide government workers – in the capital and the Family Islands – with the information and training they need to properly understand how the FOIA will work.

The FOIA was passed under the former Perry Christie led Progressive Liberal Party (PLP) administration in February 2017, ahead of the May 10 general election.

Its goal, the PLP said at the time, was to promote greater transparency and accountability. It is also hoped to facilitate greater public participation in government’s decision-making processes.

The Minnis led Free National Movement (FNM) government took office on a pledge of transparency and accountably and, its party Chairman Carl Culmer told Eyewitness News Sunday, that this is just one of many initiatives to make good on that promise.

“That is one of the promises we made to Bahamians and it is a commitment that we will live up to,” Culmer asserted.

“As you can see, we are moving forward with this training to facilitate the implementation phase. The government is quite serious about moving this forward.

“The whole idea is to train as much of the government agencies that will be responsible to ensure that freedom of information is done properly. That will include a number of persons from within New Providence, Grand Bahama and other Family Islands. We are executing this training to ensure that people are aware of what the bill consists of and what will be expected of them.

“The FNM administration understands that government must be transparent and so this is what you will see from us moving forward.”

But, PLP Chairman Fred Mitchell said he doesn’t see the implementation of the FOIA as something that should be a priority.

“It’s going to be very expensive to implement and very bureaucratic to administer,” Mitchell said.

“A certain set of elites in this country have convinced successive governments that this is what needs to happen, but it just seems like it’s going to be extremely bureaucratic to me.

Mitchell bluntly told Eyewtiness News that he’s not a fan.

“Personally, I am not a fan of the FOIA, I don’t see it as a priority. The government having promised that they were going to do it; they can now tick it off their list and hope that it works. But, I just have my doubts,” he said.

“My own view is that nothing in government should be secret, but there are certain exceptions to that. …there is a culture of disclosure that is missing here. We currently have a culture of secrecy and very often people confuse the two – the difference between privacy and secrecy. The two are quite different. …but we will see how this works.”

The government however, hopes to empower Bahamians with the legal right to access information pertaining to government activities; making the government accountable to citizens on a consistent basis.