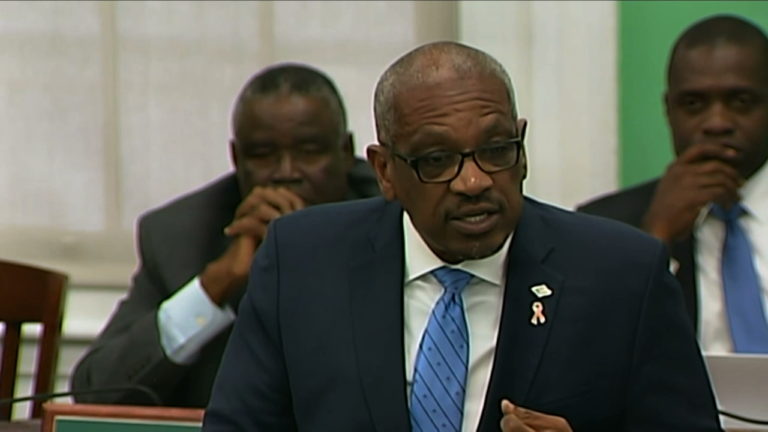 “Brave Davis would rather have the Grand Lucayan fail with countless people out of work than see it succeed and serve as an economic lift for the community,” outlined a statement issued yesterday by the Free National Movement.

The FNM said during the PLP’s term in office, Davis ignored the people of Grand Bahama, but he wants to make it seem as if he is looking out for their best interest.

“Hardly,” the FNM said. “Brave has been rooting for the hotel to fail since this process started, not caring about the people whose lives would be changed forever.”

Earlier this week, Davis told The Nassau Guardian that it was premature for the government to project a date for the completed sale of the Grand Lucayan Resort.  He said the government cannot fix a closing date until it had identified a buyer and at least agreed in principle on some of the fundamental terms of the sale.

Davis said the move to project a date for the completed sale was only creating false hope and expectation for the people of Grand Bahama.

In response, the FNM said the country “has moved past the dark days under the former PLP Government which looked out for itself, not the people it served.”

“But some – like the old and tired Brave Davis will never let go of the past. But the people have and they want leaders that deliver and take steps to get results.

“The FNM will continue doing both as we have since taking office regardless of the naysayers that are predisposed to talk down the positive progress the country is making like the old and tired Brave Davis.”

Last week, Minister of Tourism Dionisio D’Aguilar said the government is hopeful that the Grand Lucayan Resort would be sold by the second quarter of 2019. He also revealed that more than 20 persons had expressed an interest in the purchase of Resort and the government had hired a company called Colliers to manage the sale process and make a recommendation to the government. D’Aguilar also revealed that thus far, some 11 or 12 persons had signed non-disclosure agreements to obtain information about the hotel.

A resolution was passed in the House of Assembly for the government to borrow the balance from Hutchison Lucaya Limited and Bahama Reef Limited to facilitate the purchase.

The sale of the Resort was executed on September 11.

Michael Scott was appointed chairman of the special purpose vehicle charged with finding a buyer for the resort.