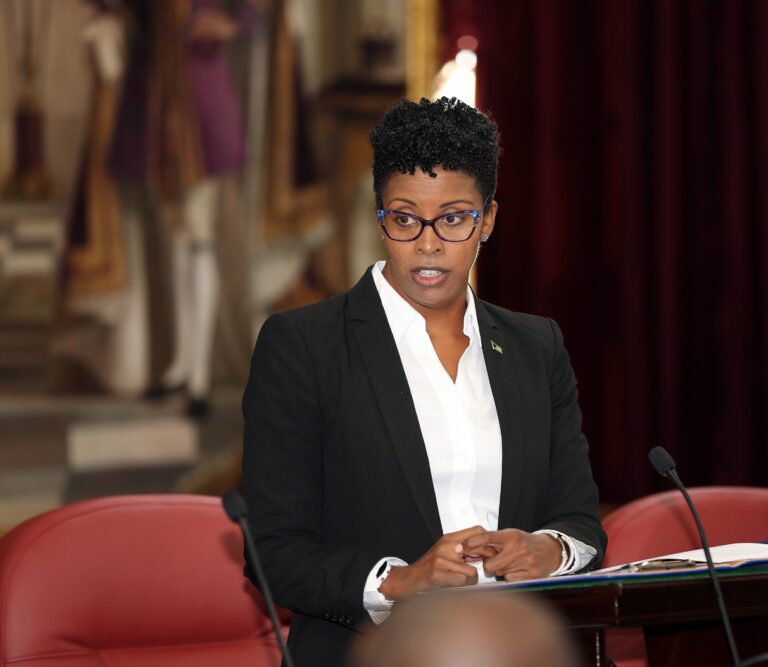 Eyewitness News reported that Ferguson-Pratt allegedly called Christina Galanos a coward and made a crude remark about Galanos’ sick mother after the lawyer complained about the late start to her court.

Galanos filed a complaint about the incident with Chief Justice Brian Moree, QC, who helped facilitate an agreement where the top magistrate would transfer Galanos’ cases to other judges.

After Ferguson-Pratt allegedly reneged on that agreement in a case earlier this year, Galanos’ client successfully pushed the Supreme Court to transfer his case to another judge.

Barnett-Ellis said: “When I read the article and what was described to have happened in the article I was honestly disappointed because obviously, we hold persons in leadership to higher standards. We’re all human and we have good days and bad days but no person should ever talk to another person like that.

“Those comments were cruel so I think it requires an investigation from the Judicial and Legal Services Commission to see whether that did in fact happen and if it did happen there needs to be another step because that kind of behavior is not excusable, it’s not appropriate.

The senator said she would leave it up to the Judicial and Legal Services Commission to decide what should be done if it finds merit in the allegations.

“That’s outside of my scope,” she said.

“We also have to keep public confidence in the judiciary so that when things happen, when bad behaviour happens, there is enforcement and there is a disciplinary tribunal that deals with that. That helps people have confidence in our system.

“There are always tales around the courthouse in terms of things that have happened. I have never heard of something quite like this with this level of details in terms of the events.”

On Wednesday, Bar Association President Khalil Parker said the matter between the chief justice and Galanos has not been resolved.

He suggested a formal inquiry could be on the way.