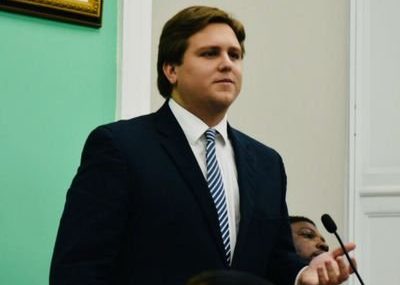 NASSAU, BAHAMAS — Central and South Abaco MP James Albury said yesterday he has decided not to seek renomination from the Free National Movement (FNM) for the next general election for personal reasons, including his “family’s best interest”.

The MP met with constituency association representatives yesterday to advise of the decision.

When contacted, Albury told Eyewitness News the decision was personal and not political, and that the FNM and its leadership still had his full support.

“Well, I have decided not to stand in the next general election, so I will not be seeking my party’s nomination and that is a personal decision; it is not a political one,” he said.

“It’s one I’ve come to after much discussion with my wife and my family.

“I just feel it will be in everyone’s interest that I take a step back from frontline politics and focus on building avenues in my personal life.”

When asked about his relationship with the FNM, the MP said: “I still support the administration and its leadership.

“Like I said, it’s not a politically motivated decision. It’s strictly personal. So, in terms of the leadership and the government, I have not lost my support for them.

“It’s something I’ve spoken with the prime minister about and he was very understanding and accepting of my reasons.

“So, once again, it is not a political or party matter, but it’s just something I feel is in my family’s best interest.”

Albury was also asked if he was pressured to step aside.

“No, absolutely not,” he said.

“It was me who approached the prime minister regarding this decision.

“In no way, shape or form did I feel pressured [or] forced out or anything like that.

“I just want to make it abundantly clear that this is my decision; it was not a decision forced on me by the party or anybody else.

“So, once again, it’s strictly personal and they still enjoy my support.

“It’s just a matter of not feeling it’s in my family’s best interest to run again at this time.”

Of his discussion with the prime minister, Albury said the FNM leader understood that he was not interested in seeking re-election and was very understanding.

“So, there was no argument or no back-and-forth and my reasons were accepted,” he noted.

“You know, we wished each other the best and that was the end of the matter.”

Albury added that he believes the FNM will win the Central and South Abaco seat once again, but acknowledged it will be an “uphill battle”.

He said there are several aspiring candidates who are willing to offer themselves and it is now time for “some new enthusiasm”.

In a statement on Sunday, Minnis said as the party determines its remaining candidates for ratification in the coming weeks, it will privately inform incumbents who will not be given the nod to run again.

Last week, the FNM ratified 17 candidates for the next general election.

The group included six new candidates and 11 incumbents, whom Minnis referred to as a “mix of experienced individuals and new energy and talent”.

Minnis’ statement came on the heels of House Speaker Halson Moultrie, the Nassau Village MP, resigning from the FNM, and the revelation that East Grand Bahama MP Peter Turnquest — who resigned as deputy prime minister and minister of finance in November amid allegations of involvement in a “bogus” loan scheme — will not receive a nomination from the FNM to run on the party’s ticket in the next general election.