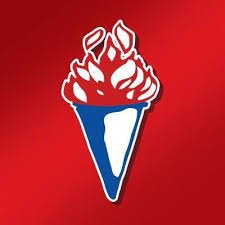 Opposition Leader Philip Davis last week gave notice in Parliament of his intentions to move a resolution at the next sitting of the House.

The resolution centers on the government’s decision to lease the mall, which is partly owned by St Anne’s MP and former Cabinet minister Brent Symonette, for the relocation of the General Post Office.

In a statement last night, the FNM said the opposition’s “woeful” objection to the governing party’s policies was nothing new, but represented a new low in politics.

“Their opposition to improving the state of The Bahamas, for political reasons, is a new low in Bahamian politics,” the FNM statement read.

“[Davis] Brave’s attempt to score political points off the suffering of Bahamians after Hurricane Dorian is a disgusting and ill-timed instance of political theatre.

“But that is exactly where the woeful and corrupt PLP want to take us – back into an era in which accountability was absent from Government and corruption was the norm. The progress we’ve made as a nation, thanks to the leadership of Prime Minister Dr. Hubert Minnis, is an assault on the PLP’s preferred system of Government that protects corruption and its perpetrators.

The statement continued: “To take these opportunities away from the PLP is to take away their ability to abuse positions in Government for wealth and power.

“This FNM Government is taking the necessary steps to heal our economy that the PLP wouldn’t. Whether maintaining its focus on job growth, demanding action be taken to improve BPL or sparing no time and resources in delivering the most comprehensive disaster recovery effort in the history of The Bahamas, the FNM Government does not sit on its hands.”

The resolution centers on the government’s decision to lease the mall, which is partly owned by St Anne’s MP and former Cabinet minister Brent Symonette, for the relocation of the General Post Office.

The deal came under heightened scrutiny when Symonette stepped down from his Cabinet post in July, and revealed in an exit interview that Minnis called him to discuss the terms while he was out of the country on government business.

The government signed a five-year lease of is leasing 75,000 square feet of space for the “concessionary” rate of $12 per square foot or $900,000 a year. The landlords will bear the $3.5 million cost of renovating the building.

The four backbenchers said they could not support the decision, maintaining that the matter placed Symonette in a conflict of interest.

“Despite the PLP’s neglect of service in pursuit of political expediency, Prime Minister Minnis won’t stop working to improve the lives of all Bahamians, regardless of their economic status or political associations.

“In fact, our Prime Minister is willing to do what it takes to improve our quality of life no matter how popular or unpopular a policy may be because he puts people over politics. Our FNM Government will not stop doing what is right in order to score popularity points because all Bahamians deserve a Government that puts them before itself.”