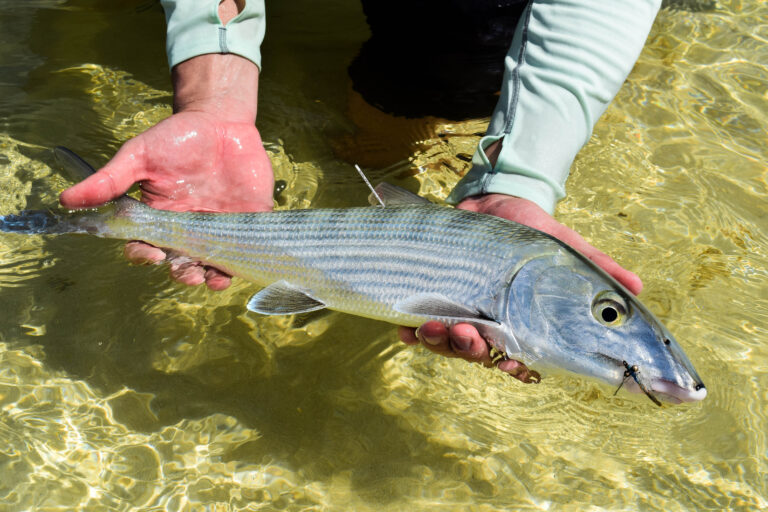 NASSAU, BAHAMAS — A team of researchers working under the umbrella non-profit Bonefish & Tarpon Trust (BTT) this week called The Bahamas “the world’s greatest living laboratory” for the study of healthy bonefish.

The Florida-based organization based its declaration on more than a decade of findings resulting from tagging, tracking and sampling of the elusive and intriguing bonefish. These findings identified important habitats, movements and spawning areas.

BTT President and CEO Jim McDuffie said: “We consider The Bahamas to be the world’s greatest living laboratory for bonefish research. By studying healthy bonefish populations in healthy habitats, we’ve been able to learn what makes them tick relatively quickly, which is helping us to advance conservation locally and across the region.”

BTT was founded in 1998 in response to a seemingly rapid decline of bonefish in the Florida Keys. The search for answers eventually led the organization to expand its research programs to The Bahamas.

One area of study that has produced volumes of new knowledge is bonefish spawning. BTT scientists and collaborating researchers have collected a treasure trove of previously unknown information about bonefish spawning behavior and reproductive biology, and with the help of local guides, they have identified and documented several bonefish pre-spawning aggregation sites.

Not only is the research in these living laboratories leading to many new discoveries about bonefish, documentation of these spawning areas is also a first step in securing their future conservation, said Justin Lewis, a Freeport, Grand Bahama, native who serves as BTT’s Bahamas initiative manager.

“We’ve seen numerous spawning aggregations of between 1,000 and 10,000 fish and tracked one aggregation down to 400 feet. The dive to these depths and what it reveals about the requirements for effective spawning is new to science and important for us to understand,” said Lewis.

“This is especially true when it comes to addressing human activities that might impact spawning or the spawning migration between the flats and the offshore spawning areas.”

According to Lewis, conservation of the flats fishery is an important economic driver as anglers travel to The Bahamas from around the world to chase the elusive gray ghost, contributing to the Bahamian economy by paying fishing lodges and fishing guides, and shopping at local stores and dining at local restaurants.

“BTT, along with our collaborating scientists and local partners, have made amazing progress over the past decade-plus of research and education. Although this has already resulted in improved conservation, we know there is much more to do.

“This benefits The Bahamas, but it’s great to know that this work is also being applied to conservation of the species across the Caribbean Basin.