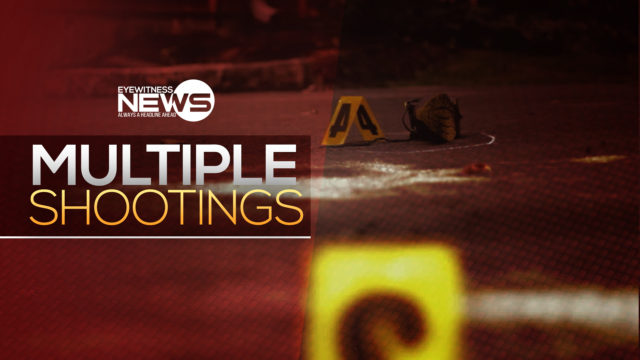 Authorities say evidence does not suggest shooting are related

NASSAU, BAHAMAS — Five people were shot in New Providence on Wednesday night, the result of two separate incidents, according to authorities.

The shootings happened an hour apart, though authorities have not found a nexus between the two.

In the first incident, police said shortly after 7 p.m. four men travelling in a vehicle south on Johnson road were approached by two gunmen who exited a blue vehicle and opened fire.

Each of the men were shot.

The victims were transported to hospital.

One of the men was said to be in critical condition, while the others were stable,

Around 8 p.m. two men in a champagne colored vehicle shot a man walking on East street and McCullough corner in the shoulder.

According to Chief Superintendent Solomon Cash, the head of the Central Detective Unit, said, “We don’t know the true motive behind it, but we suspect that the matters, that it appears it may be more than gang related.

He continued, “I can tell you that all the persons have been treated, however, one is being described as being in critical condition. But, the other victims are labeled as stable.”

“We don’t suspect that the matter in McCollough corner [has] anything to do with the another,” Cash added.