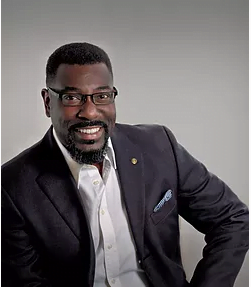 Mr Burrows will chair the council.

At yesterday’s statutory appointment ceremony, House speaker Halson Moultrie said: “It is in this environment that we say, how humble we are as a nation that you have so kindly consented to accept the significant functions of this Council which includes: Assessing compliance with the general principles, fiscal responsibility principles and fiscal objectives and to advise on fiscal and budgetary matters of the government.”

Moultrie noted the Council will be mandated review the fiscal strategy report the annual budget; the mid-year review; the pre-election economic and fiscal update; Government annual accounts; reports on deviations from the fiscal responsibility requirements; as well as the fiscal adjustment plan of the Government in response to deviations.”

“The Council is fundamental to achieving the objectives of the act which are: a) to establish the principles and procedures of responsible fiscal management; b) to guide the formulation and implementation of fiscal objectives; c) to guide the annual budget within a medium-term fiscal framework; and d) to facilitate effective parliamentary and public scrutiny of the fiscal performance of the Government,” Moultrie added.

The act requires the government to reduce its debt-to-GDP (gross domestic product) ratio to 50 percent of GDP over time.

Besides lowering the debt-to-GDP level, the law when implemented will require the government to lower the fiscal deficit of 5.8 percent of GDP to no more than 0.5 percent within three years. The government will also be required to keep its comparative year-on-year current expenditure in check.

The act also limits the government’s ability to spend beyond its budgets without oversight and increase spending during an election year. An Inter-American Development Bank (IDB) report released earlier this year noted that the establishment of an independent fiscal council is a key factor to tackle the current high government debt and fiscal imbalances.

The report, entitled “Nurturing Institutions for a Resilient Caribbean”, noted that The Bahamas’ biggest challenge on the fiscal front is the need to effectively establish fiscal rules and supporting institutions, such as the fiscal council.