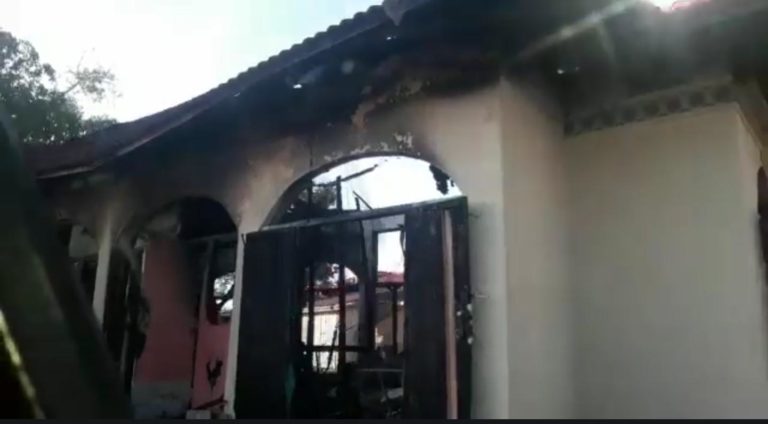 Part of the now burnt structure that was the International Bazaar on Grand Bahama.

An iconic staple at one of Grand Bahama’s main landmarks – the Straw Market at the International Bazaar – was ravaged by fire early Tuesday morning leaving about a dozen of the straw vendors out of work.

It’s another blow to the crippling economy on that island that has had its share of hiccups over the past 10 years since the passage of hurricanes Jean and Francis in 2014.

Reports indicate that an inferno engulfed the stalls, at the rear of the building, sometime around 3:30 a.m. Tuesday.

Fire officials managed to extinguish the blaze and have cordoned off the area to the public.

The International Bazaar has been closed for over a decade now. These straw vendors were among a handful of entrepreneurs that still managed to remain at the virtually abandoned property.