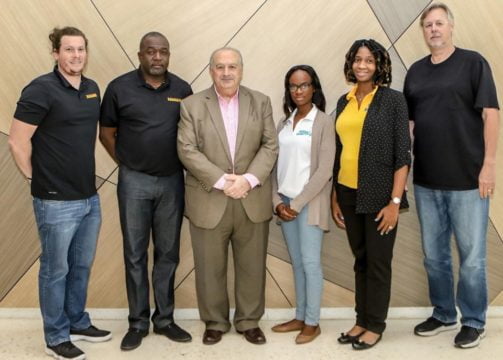 FIBA officials recently commended the Bahamas Basketball Federation (BBF) for making “great” strides in its development over the past few years.
Members of the BBF’s executive team were in Florida over the weekend for a FIBA executive meeting and leadership clinic.
“Despite it’s small size, we feel like The Bahamas can be a major player on the world stage,” said FIBA Americas executive director Florian Pasquet. “We have to help the federation to get a little more organized to help with the development of the sport, but it is my belief that The Bahamas can compete with some of those major teams.
“There are a number of other teams on the way to becoming major players, so, it is somewhat of a difficult task to go up in the ranking, but The Bahamas has the talent to cross the threshold and take the next step.”
The Bahamas has quickly become one of the premier teams in the region, producing scores of collegiate and professional players and coaches over the past decade, including NBA standouts Buddy Hield and Deandre Ayton and Ole Miss women’s head coach Yolett McPhee-McCuin.
Also, both The Bahamas’ men and women’s teams have won several editions of the Caribbean Basketball Championships (CBC) within the last five years.