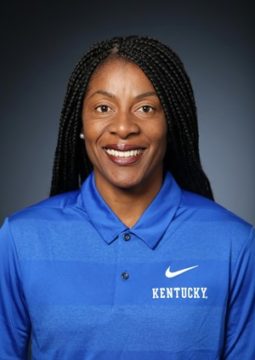 Former Olympic relay gold medalist Debbie Ferguson-McKenzie yesterday was the victim of a death hoax that started on Whatsapp.

The message about the University of Kentucky track and field assistant coach’s death circulated from the early morning and made its way across several social media platforms, including Facebook and Twitter.

Ferguson-McKenzie, in an interview with Eyewitness Sports, said she was overwhelmed with the amount of calls she got regarding the message, but had no clue as to how the rumor started.

“I’m thankful for everyone’s concerns,” Ferguson-McKenzie said. “I had to really try and understand what they were saying to me, but I had to let them know not to worry. I’m still here. When my time comes I will be ready, but right now I am doing well. But I do appreciate the love and support.”