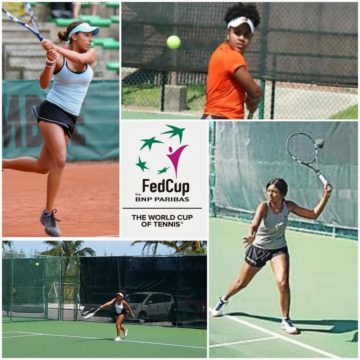 The Bahamas Fed Cup team picked up its second win of the tournament yesterday against Trinidad and Tobago.

In Ecuador, the team managed to seal the victory after Kerrie Cartwright and Simone Pratt defeated Anneliese Rose and Breanna Stampfli in doubles action, after trailing 0-4 in the first set. The final score in the doubles competition was 6-4, 6-3.

Earlier in the day, Danielle Thompson got off to a rough start and lost her singles match 3-6, 2-6. In Cartwright’s single match, she lost the first set 4-6 and won the second 6-2.

Cartwright’s opponent retired from the match after sustaining an injury at the top of the third set.

Team Bahamas is playing out of Pool B in the year’s event and will now move on to take on Bermuda today. Along with The Bahamas, Pool B is made up by Peru, Cuba, Uruguay, Trinidad and Tobago, Bolivia and Bermuda.