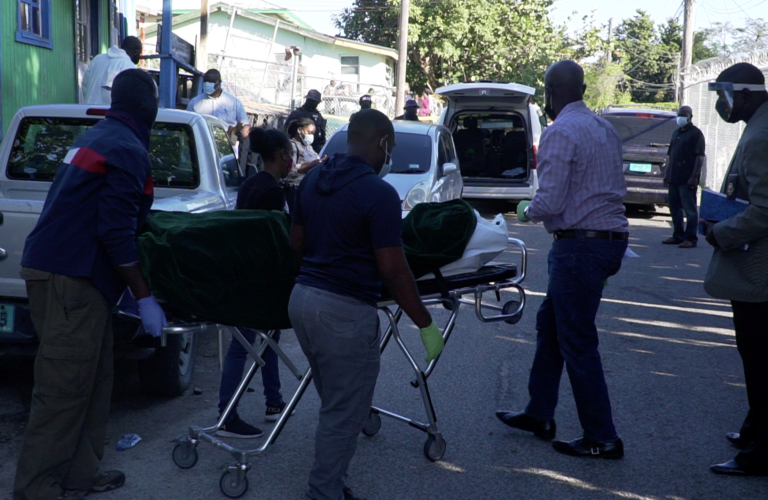 NASSAU, BAHAMAS — Relatives of 32-year-old Calvin Archer, one of the men killed in a double murder on Pitt Road yesterday, said he was just an innocent person caught in the crossfire.

Police said two men were found dead on Pitt Road shortly after 7.30am, following reports of shots fired in the area.

The men were later identified as Archer and Amal Hunter.

Assistant Commissioner of Police Solomon Cash said one of the men, now identified as Hunter, was known to police and suspected of being involved with a gang and “small drug peddling”.

Archer, a father of one, was a construction worker, according to relatives and friends who knew him.

One resident of the area, who asked not to be named, said she believes he was simply in the wrong place at the wrong time.

“I feel heartbroken. Calvin is just like family to us,” she told Eyewitness News.

“Calvin has been around for years and to know that his son has to be without a daddy for some senseless killing, that’s really a blow for our family.”

Archer’s 15-year-old son was in bed sleeping just yards away when he heard the gunshots ring out that morning.

“It woke me up,” he told Eyewitness News.

“First I was shocked for a little bit, then I try to run outside. I end up falling down and scraping my knee.

The teenager said when he was told that it was his father who was shot, he started to cry.

“He would put me first before anything he do. He would make sure I was straight before anyone else.”

The young boy recalled his most recent memory with his father taking him to the shoe store for Christmas and telling him to pick out whatever shoes he wanted.

“I [will] miss him. He [won’t] get to see his grandchildren or get to see me grow up, nothing like that. I will miss him.”

Relatives said Archer visited the neighborhood every morning before work to visit his son, who lives there with his mother.

“Either he would come to bring him breakfast or give him money and come check up on him,” said the young boy’s aunt.

“…All week he’s been here laughing and talking to him. This right here is a blow.”

She remembered Archer as a cheerful person who was always laughing, didn’t bother anyone and “loved his son”.

“Sometimes bullets have no face,” she added.

She said when the shooting took place, they made sure the teenager did not go onto the scene.

“We just didn’t want him to see his daddy lying on the ground in that way and thank God he didn’t get to see him,” she said.

“I want him to remember his father like how he was — a nice person, always cheerful, always laughing, always happy, anyone could tell you that.

“He was a working man; didn’t get into any problems. Just at the wrong place and that was the outcome of it.”