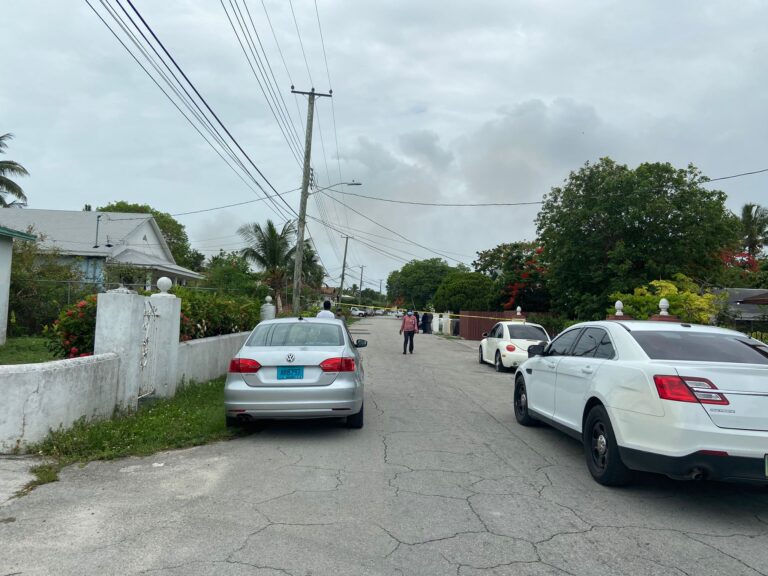 The scene of a police-involved shooting on Poitier Avenue, Chippingham, shortly before 9am on Tuesday, June 15, 2021. (PHOTO: SLOAN SMITH)

NASSAU, BAHAMAS — A man was shot and killed by police shortly before 9am yesterday on Poitier Avenue, Chippingham, after relatives called for authorities to help get him to the hospital.

The man has since been identified by relatives as 29-year-old Ernsteev Charles, a father of one.

Police said officers were alerted to a disturbance at a residence and upon their arrival, they were pointed to Charles, who was armed with a cutlass.

Charles’ relatives requested the officers’ assistance with Emergency Medical Services to get him to the hospital.

Officers reportedly asked him to put down the cutlass but he did not comply and reportedly charged at one of them, who then discharged his weapon “being aware of the threat to his life”.

Charles was shot several times about the body and then taken to hospital, where he later succumbed to his injures.

Her Majesty’s Coroner is investigating the incident.