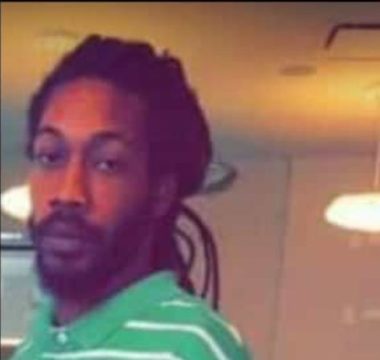 BAILEY TOWN, BIMINI – Police on the island of Bimini are investigating a shooting incident that occurred on Sunday, May 19, 2019, leaving a male dead.

Up to press time last night, police did not release the identity of the victim, but Eyewitness News Online understands that he is  32-year-old Adrian Dean-Duncombe, a self-employed father of six, whose family owns the Sue and Joy Variety Store and a golf cart rental business in Alice Town, Bimini.

According to police reports, on Sunday, May 19, shortly after 3:00a.m., police on the island of North Bimini responded to the sound of gunshots and quickly proceeded to the Bailey Town area, where they discovered a male with gunshot wounds to the upper body.

The male was pronounced dead at his residence.

Police said officers from the Central Detective Unit in Grand Bahama were expected to travel to Bimini yesterday to assist with this investigation.

Police are also appealing to the general public for any information that can assist in this investigation, to call the Bimini Police Station at telephone 347-3144, or the Central Detective Unit in Grand Bahama at 350-3107- 12, 911/919 or your nearest police station.

Meanwhile, Percy Duncombe, the uncle of Adrian Dean-Duncombe, on Sunday found it hard to accept his nephew’s demise, stating that he doesn’t know of his nephew to have any enemies.

“It is so hard for me to understand, because nobody is even able to say that he had a grudge with someone or with someone who was upset with him, to do something like that.  And this is what has gotten everybody so surprised and baffled about this whole situation,” said Duncombe in a telephone interview with Eyewitness News Online.

“I really do not know where it could have come from. I am hoping that the police can help us come to some kind of resolution with this matter.”

Duncombe described his nephew as a man who was always in high spirits; one who worked very hard to take care of his six kids.

“He worked with the family, and the most important thing for him was being able to supply for his kids and he had a decent personality. He was pretty much, all of the time, always positive,” Duncombe said.

Duncombe said his nephew, up to the time of his demise, was engaged in construction work with a local contractor.

He said he last saw his nephew alive two days ago on Friday past, and his behavior appeared normal.

“Nobody expected this. It is very, very strange and I am giving the police a little bit of time to figure out their part of the situation and hoping that we can come up with something,” Duncombe said.

He said the family is also considering offering a reward for any information that would offer them leads about Adrian’s death, but as of yesterday, he said the amount of the award had not been determined.

“As far as I am concerned, the most important thing is getting the criminals who are involved and we are giving the police a chance to work out their initial investigations.”

Last month, on April 27th, a well-known American businessman and resident of Bimini was shot dead while at his residence.

Asked yesterday if he felt that last month’s murder and the murder of his nephew painted a negative picture of the island, Duncombe said, “ I feel it is definitely bad for the island. It gives the island a bad position.

“There was a tourist who walked in the store just now and said they are praying for Adrian’s family and to give them strength. She asked me how did he die, and I did not even say that it was due to a gunshot, because I did not want them to know that.”