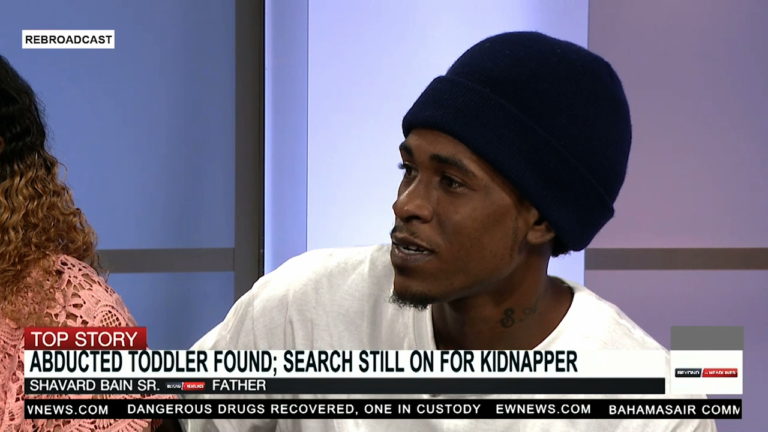 NASSAU, BAHAMAS – The father of 3-year-old Shavard Bain Jr. who was kidnapped on Sunday and returned the next day has made an official complaint to the Royal Bahamas Police Force’s Complaints and Corruption Unit, alleging police brutality.

Sharvard Bain Sr., said that while offering information to police regarding the abduction of his son, he was taken by surprise when he was arrested.

Bain explained that he had allegedly received death threats from an ex-girlfriend via text on his cell phone and shared this information with police when asked if he had an idea of who took his son.

“We were at home giving the police information and the officers asked me to take them to where my ex-girlfriend lived,” Bain Sr. recalled.  “I went with them but they took me to the Central Detective Unit instead.”

Bain alleged, “They put bags over my face and I had to bite the bag open to breathe. I almost blacked out and I asked why they doing this.”

Bain alleged further that police officers also accused him of kidnapping his child, which he denied.

Bain said he was kept at the Central Detective Unit until 4:00 p.m. on Sunday, hours after his son was dropped off at a laundromat on Joe Farrington Road earlier that morning at 7:00 a.m.

Meanwhile, police continue their search for the two women believed to be responsible for the abduction of little Sharvard Bain, Jr.

Police reported that Bain was taken by two women in a silver vehicle while riding his bicycle near his home in the South Beach Estates area on Saturday evening. Thirteen hours later he was dropped off at a laundromat and taken to hospital.

Police reported that he was not injured but was frightened by the ordeal.