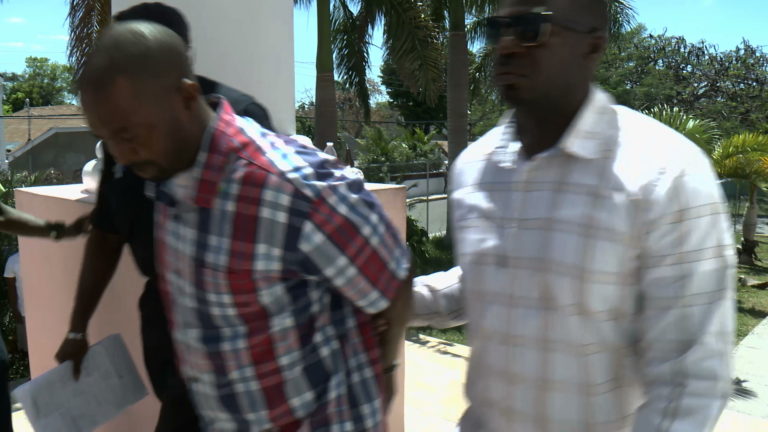 A 34-year-old man was arraigned in Magistrates Court yesterday, charged with the armed robbery of six well known fast food restaurants in the capital.

David Matellus appeared before Deputy Chief Magistrate Subusola Swain on Tuesday in connection with the incidents that allegedly took place between February 17 and April 8, 2018.

It is alleged that on February 17, Matellus robbed Subway of $1,400. He is also accused of robbing another Subway restaurant with a knife on the same date of $1,700.

It is further alleged that Matellus, armed with a handgun on February 20, attempted to rob Wendy’s.

On the same date, he is also accused of robbing Dominoes Pizza of $250.

Matellus is also charged with the March 17 robbery of KFC. He is alleged to have stolen $2,500.

He was also charged with the April 8 robbery of Marcos Pizza.

He was not required to plead to the charges and was remanded to the Bahamas Department of Corrections (BDOC).

He will return to court on June 14 for a voluntary bill of indictment.