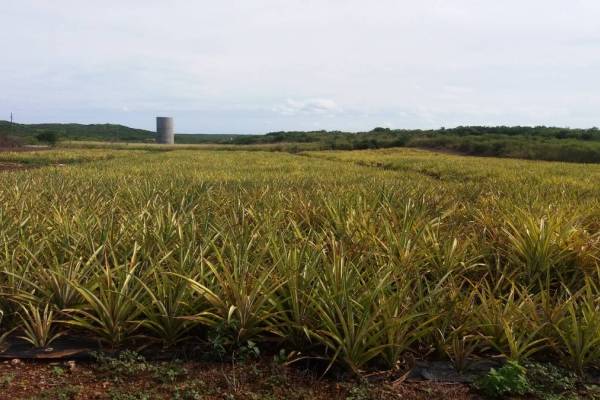 NASSAU, BAHAMAS — Deputy Prime Minister and Minister of Finance Peter Turnquest said yesterday that in a concerted effort to bring about incremental food security in The Bahamas, the government will partner with and invest further in Bahamian farmers and stakeholders.

During the budget communication in Parliament, the minister said the ongoing novel coronavirus (COVID-19) pandemic has demonstrated the importance of pursuing food security to ensure the nation meets some of its domestic needs in the short-term and ultimately, over the long-term to reduce dependence on imports.

In 2018, total imports totaled some $3.5 billion — the bulk of which comprised machinery and transport equipment, food, and fuel.

“Indeed, the lockdowns enforced by countries around the world have triggered a slowdown in harvests, cutbacks in exports, and other factors that could disrupt the supply chain,” Turnquest pointed out.

“Thus, it is now imperative that we, as an island-nation, begin to revolutionize the way we view food security and sustainability.”

He assured that notwithstanding the economic slowdown leveled by the pandemic and Hurricane Dorian last September, the government will make food security and sustainability a key priority over the short to medium term.

When contacted yesterday, Errington Thompson, founding member and president of Bahamas Agri-Business Co-operative Society Limited (BABCO), said he awaits substantive details on how industry partners and stakeholders can take advantage of the government’s incentives and programs.

Minister of Agriculture and Marine Resources Michael Pintard is expected to provide specifics of certain incentive programs and plans during the budget debate.

It has long called for and made recommendations toward increased self-sustainability in food in The Bahamas.

Thompson told Eyewitness News the group continues to watch closely at how the pandemic affects the food distribution channels and markets, particularly in the United States, and recognizes the need to continue to “be proactive at the point where we can say, these are our suggestions”.

He said he plans to consult with BABCO members following Pintard’s address.

Local production of food and other items in the domestic economy was equivalent to less than four percent of GDP.

The government is considering a number of plans to increase the support of local farmers, particularly in the Family Islands, Turnquest announced yesterday.

In the 2020/2021 budget, which Turnquest tabled in Parliament, the Ministry of Agriculture has been allocated its recurrent and capital budget of $9 million to begin to “seed new and innovative projects in partnership with Bahamian farmers and the broader private sector”.

During his communication, Turnquest said: “This will indeed secure the future of Bahamians, and the wealth of our nation.”

Food security, an apparent new line item in the budget, has been allocated $6 million for the upcoming fiscal year, and the next two fiscal periods.

However, social assistance benefits in the ministry has taken a haircut — dropping from an estimated $1.79 million to $1.42 million.

The ‘School of Agriculture and Marine Science (Andros)’, otherwise known as BAMSI, will also see a decrease it its allocation — from just over $8 million to $6.9 million.

Last month, the government introduced its emergency food production plan in Parliament, announcing a $1.6 million investment in food security in The Bahamas that will support the purchase of hydroponic and backyard farm kits, as well as farm inputs.

A task force was commissioned in April to address food security.