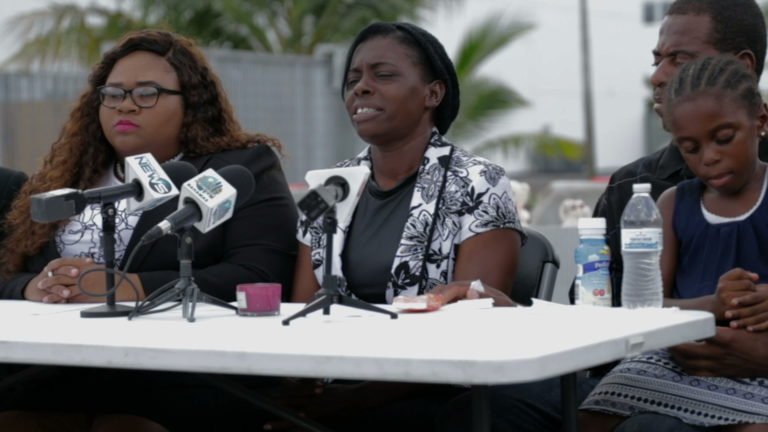 Patrice Carey (centre) speaks to media about her family's plans to take the government to court.

The family of 22-year-old Garvinisha Carey on Tuesday threatened to sue the government over their daughter’s untimely death.

The mother of one died nearly two weeks ago after the vehicle she was driving slammed into newly erected barricades on Munnings Road.

Garvinisha’s mother Patrie Carey maintains that if the road had proper signage and lighting, her daughter would still be alive.

At a press conference at the site where her daughter was killed, Carey revealed that her family has attained the services of Munroe & Associates and will take immediate legal action against the government.

She also called for the resignation of Works Minister Desmond Bannister and for Munnings Road to be immediately reopened to the public.

There has been a lot of back and forth as to whether the road is public or private, however, Eyewitness News spoke with former works minister and Progressive Liberal Party (PLP) Leader Philip ‘Brave’ Davis outside of Parliament, who claimed that the road was paved by the former Christie adinistration and paid for on the public’s dime.

Davis said the family has a case and he hopes they get the justice they long for.