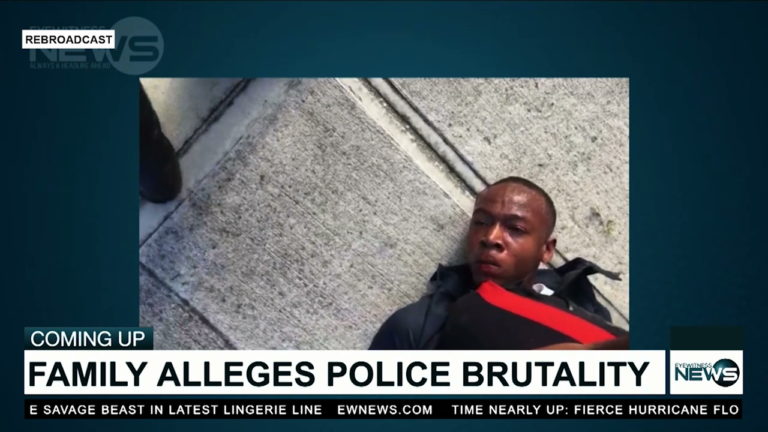 Another mother is crying out shame on the Royal Bahamas Police Force (RBPF) in an attempt to bring some justice to her son who she claims was beaten, kicked, and dragged by police just outside their home all to end in the wrongful arrest of the 20-year old.

“They charged over to my son, and they were beating him. They dragged my son from my neighbour’s door what was vacant now to the tree outside our home,” the mother lamented to Eyewitness News Wednesday.

“They began kicking’ him in his head.”

The mother, who chose to remain anonymous, noted that while fighting her son police asked about the incident involving the murder of Inspector Carlis Blach.

This is the second alleged police brutality for the week. It follows the incident of another mother who spoke out against a video that went viral of her son being pinned down by a police officer’s knee while being choked.

The issue of police brutality comes just months after National Security Minister Marvin Dames noted that the behaviour and attitudes of police should demonstrate value for the community.

Dames also admitted to having the use of body cams implemented in the policing plan for those officers who violate the policies put in place back in March during a discussion in the House of Assembly.

But the mother who chose to remain unidentified says now she hopes police will just stand up to their wrongdoing and do right by the community.

“Please be professional at your jobs! Ya’ll are protecting citizens,” she said.

“You all want the Bahamian public at large to help you all with criminals but you have to be professional.”

When contacted by Eyewitness News police noted they were looking into both matters.