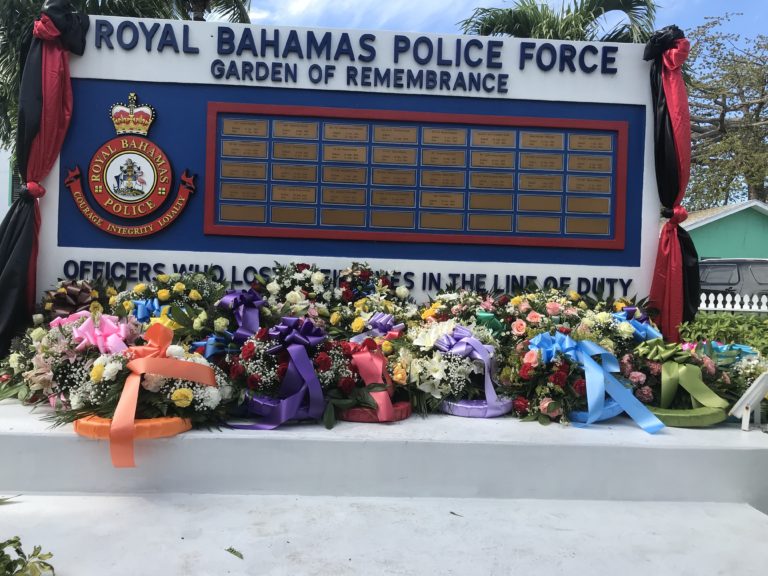 Twenty-nine officers who were killed in the line of duty since the Royal Bahamas Police Force was founded were honoured yesterday during a heartfelt ceremony at the Police Force’s headquarters. The lives lost were marked during the organization’s annual garden service, during which wreaths were laid for each of them at the foot of a memorial stone, bearing plaques with their names.