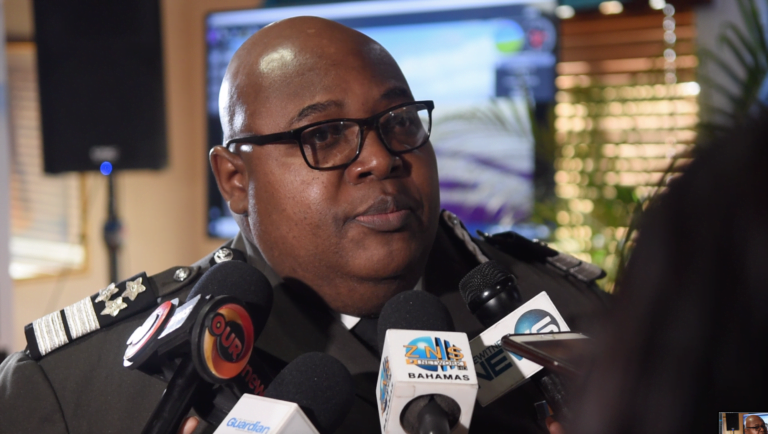 Superintendent Shanta Knowles said the armed robbers stole cash, work permits, cell phones and other personal effects from three men and one woman shortly before 5am at the home on Balfour Avenue, off Key West street.

The gun men physically assaulted one of the men and the woman before escaping on foot, Knowles said.

Director of Immigration Clarence Russell yesterday advised the public to verify the authenticity of officials by calling emergency services before opening the door.

He underscored Bahamians had a right to demand proper identification is presented.

“All crimes are of concern for law enforcement,” Russell said on the sidelines of a signing ceremony.

“Impersonating law enforcement officer is always a very serious issue so we say to members go the public to make certain that you dot your i’s cross your t’s before you open your doors,” he said.

“If you are in doubt then 919 is your option, call and make certain that you verify with emergency services that there are official law enforcement persons at your door.

”No one in their right mind expects you to just open your doors for them unless and until such time as they properly identify themselves. I admonish members of the public if you find yourself in a precarious position where you’re uncertain as to whether or not the supposed law enforcement officials ,are in fact officials, then take some time and ring 919.”

Russell continued: “Let them know whoever is on the outside that you are attempting to verify the authenticity of their duty. I think any reasonable law enforcement agency will oblige you.”