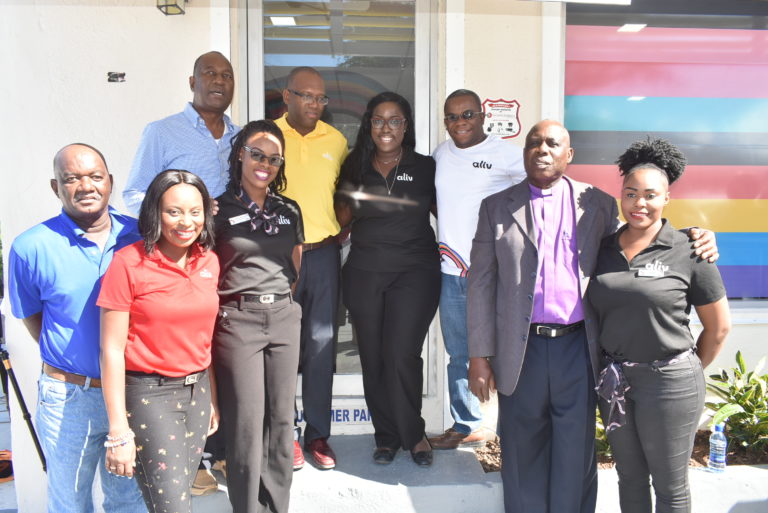 Aliv is one step closer to covering the entire country with it’s telecommunication services as it officially opened its first store in George Town, Exuma on Monday.

Long Island is scheduled to go live in the upcoming weeks. The launch on both islands, was postponed due to the passage of Hurricanes Irma and Michelle last year. The last island launch was held in Andros back in November.

Chief ALIV Officer Damian Blackburn said the company still remains committed to quickly delivering on its mandate to provide superior products and services throughout The Bahamas and he promises that ALIV is here to stay.

“To date we are proud to have more than 95,000 subscribers who can experience ALIV’s network and see its performance, which is constantly ahead of URCA’s key performance indicators requirements in terms of user speed and dropped calls,” said Blackburn. “We are looking to deliver the same super-fast speeds, clear calls, and reliable service to the residents of Long Island very soon. We are able to uphold our commitments due to vital steps taken to ensure financial viability with funding of $135 million from shareholders and an investment of $120 million in our network system and infrastructure. We have also secured significant vendor financing from our technology partner, Huawei, which is more than $30 million dollars.”

During the cocktail reception held Monday at February Point, Member of Parliament for Exuma, Chester Cooper, said he was happy that Blackburn kept his promise and brought ALIV to Exuma.

“This is a good time to be in Exuma, this is an exciting time especially when we look at all the resort activity as we know they need ALIV as well,” said Cooper. “When we look at all the activity of airBnB and vacation rentals I believe once you examine the case, the island spoke for itself. I certainly believe that ALIV will have a successful venture here in Exuma. I am delighted to say that it’s good to be ALIV and I wish you much success here in Exuma. I had the opportunity to look at your retail space, a very classy operation and does well for the retail landscape here in Exuma. There is a fantastic team in place and it makes my heart proud to know that you were able to find local Exumians to staff the operation here. This does well for Exuma in terms of advancing it as a tourist destination and a place to do business.”

ALIV currently has retail stores and authorized dealers on the islands of New Providence, Grand Bahama, Abaco, Eleuthera, Bimini, Andros and Exuma and currently a total of 178 towers throughout these islands, 11 of which are in Exuma. Through national roaming however, ALIV subscribers can use their devices throughout the country.

It is hoped that by the end of summer, ALIV will have launched in all the major Family Islands and throughout the entire Bahamas.