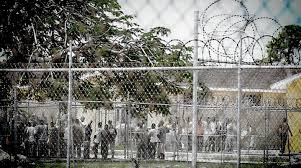 The Department of Immigration is preparing to provide more effective and functional services through an expansion exercise, according to Minister of Financial Services, Trade and Industry and Immigration Brent Symonette.

In a recent interview, the immigration Minister said that the ministry has already transferred citizenship and residency services to a new building that is expected to open soon.

“We have moved citizenship and permanent residency to a new building, [but] we have not opened it to the public yet,” he said.

There have been long-standing complaints about services at the department, and the backlog of files, and in some cases, misplacing of documents.

Symonette said that the ministry is preparing to digitize and create electronic copies of important documents such as birth certificates as part of applications to avoid similar issues in the future.

“We started with permanent residency citizenship and those are now being computerized so we’re not taking any more [original] passports, birth certificates, marriage certificates, so they won’t get misplaced and they will be on a que on the computer,” he said.

Symonette hopes the new building will be opened by the new fiscal year – July 1.

Meanwhile, the minister advised that the government is also considering building a detention center in Inagua as part of the upgrades to the department.

He said this would prevent overcrowding.

It is unclear how much the project would cost.

The U.S. Department of State’s 2018 Human Rights Report,released in March, highlighted a series of shortcomings in The Bahamas’ immigration and detention process as well as its legal framework, and said while there have been efforts to improve procedure as it relates to migrants, gaps remain as it relates to the treatment, conditions and imprisonment of people in this country.

Symonette has objected to some of the findings.

He said his ministry continues to keep a close eye on the issue.