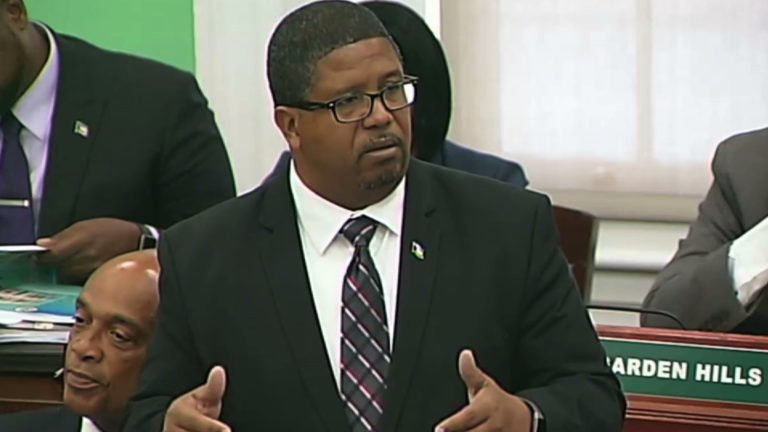 Foreign homeowners in the ultra-exclusive Lyford Cay community in western New Providence are threatening to sell their properties and leave The Bahamas over government’s recently enacted amendments to the Real Property Tax Act, according to a letter to government from the property owners association.

The amendments in the 2018/2019 National Budget adjusted the definition of “owner-occupied property” in the act to no longer include the phrase “or seasonal basis”, and adds a requirement for owners to reside in their property for at least six months annually.

The new definition reads: “property occupied by a person who being the owner in fee simple or a mortgagor in possession occupies and resides in such property exclusively as a dwelling house on a permanent basis that is six months or longer”.

Eyewitness News over the weekend obtained the letter written by Lyford Cay Property Owners Association Chairman Henry Cabot Lodge III and addressed to Deputy Prime Minister Peter Turnquest and copied to Tourism Minister Dionisio D’Aguilar, in which he said, while the association fully understands the need for government to raise revenue from all possible sources including real property tax, there was a lack of clarification concerning the implications of the new definition.

As such, he said, the issue has generated substantial dismay, confusion and concern in the Lyford Cay community.

The amendment ultimately means that the annual statutory maximum of $50,000 will no longer apply for Bahamians, permanent residents and second homeowners who do not reside in their property for the minimum six months.

“We have many expat property owners living in our community who occupy their homes in the winter months and who do not reside here in The Bahamas for six full month annually. These owners retain their residences for their exclusive use as winter homes and employ their Bahamian staff and their Bahamian support service personnel on a year-round basis. If we understand this change in the law correctly, their real property tax rate is being doubled, from one per cent to two per cent, and further they will no longer be eligible for the $50,000 annual cap on their real property tax,” Cabot Lodge III wrote.

“In many cases, this arbitrary change will result in a 500 per cent or greater increase in their real property tax burden. For many residents in our community, this will impose annual real property tax bills of many hundreds of thousands of dollars.

“If the tax burden becomes too high and unpredictable, a group of homeowners have already indicated to me that they will sell and leave The Bahamas. This would lead to unintentional circumstances that would adversely impact property values and every sector of the economy that services Lyford Cay as well as similar communities.”

“Further,” Cabot Lodge III said, “negative impacts would include: the reduction of property values, the collection of revenues for community maintenance, and bring to a halt a number of planned property sales and construction projects that are presently being placed on hold because of this tax uncertainty.”

Such adverse impacts, he said, would not be unique to Lyford Cay, but they would also be felt throughout the many thriving second-home communities throughout the Commonwealth.

The property owner’s association chairman also described the new tax as “punitive” and said the reasoning for such an increase is unclear, despite having admitted earlier to understanding government’s need to increase revenue.

“We do not understand the reasoning behind what appears to be the punitive treatment of expat winter residents, whose properties are used in a manner identical with those of full year expat and local residents,” Cabot Lodge III wrote.

“Whatever the reason, we are greatly concerned that if this interpretation of the law stands, we will have wholesale liquidation of what in many cases are multi-generational, resident’s properties here. The impact on our community will be devastating.

Cabot Lodge III continued to make the case for property owners as he wrote that it is important for policymakers to understand the economic benefits provided by winter vacation-home residential communities, which he said, have demonstrated consistently stable source of economic activity in The Bahamas.

In the case of Lyford Cay, he said it has contributed over sixty years of consistent and solid community development and growth. According to the property owner’s association chairman, it has contributed approximately $215,000,000 per annum to the GDP of Bahamian economy.

“We are concerned that absent our many ‘winter’ residents, the viability and sustainability of our community is at risk,” he reasoned.

“The rumors of these unwelcoming tax policies now swirling around New York, Florida, Toronto and other North America and Latin communities will have unintended long-term consequences for The Bahamas, as investor confidence is undermined by insensitive and irrational changes in tax laws and policy.

“As I am sure your government fully understands, there is a large “snowbird” population who own homes here, as in all Caribbean warmer climes, and this change in law, we hope unintentionally, suggest that such residents, eagerly sought elsewhere, are now unwelcome in The Bahamas.

“We appeal to the government to quickly clarify the intent of the real property tax amendments, and to recognize that the winter resident market is an economic asset to The Bahamas that should be incentivized and not discouraged by punitive taxation.”

The Lyford Cay Property Owners Association isn’t the only group to come out against changes to governments tax regime in the recent budget.

Gaming operators waged a fight against government’s intended taxation of up to 50 per cent on the industry, ahead of the passing of its budget.

The Bahamas Gaming Operators Association (BGOA) called the tax “discriminatory” and “predatory”, among other things, and has since insisted it will fight the sliding scale tax in court.

However, Turnquest reasoned during the tabling of the recent budget that, government had to adopt the new tax plan in order to lift the country out of its ballooning debt.

Numerous realtors have gone on record and have expressed concern over the amendments apart of government’s austerity measures, particularly in the Family Island’s, where the second homeowners’ market is big business.

The Bahamas Real Estate Association (BREA) is said to be arranging a sit-down meeting with government to discuss the issue.

BREA President Christine Wallace-Whitfield told the media recently that, “There is panic in some places…”

Turnquest said that the situation has been under “active review prior to this particular letter”.

“It is therefore unfortunate that Lyford Cay has been singled out,” Turnquest said.

“The issue affects second home owners in Abaco, Exuma, Eleuthera and a number of other islands who depend on the second home market for a substantial part of their economy. We expect to have a formal position in this issue this week which we hope will calm concerns in this sector.

“Obviously when any group makes representation, as with the retailers in respect to value-added tax (VAT), the gaming industry in respect to gaming tax or the auto dealers, we are listening to the real estate industry and will make the same objective analysis of their concerns and determine our response according to the facts.

“Again, I want to stress that the government is addressing the matter proactively and expect to achieve a balanced position with the industry.”

You live in the Bahamas, the taxes we have to pay, you have to pay them too. Wherever you live either by squatting or other means, pay ya bills. ItsI not fair for you to get away living for free and then every month bpl and other utility companies cutting off ppl for couple of dollars.