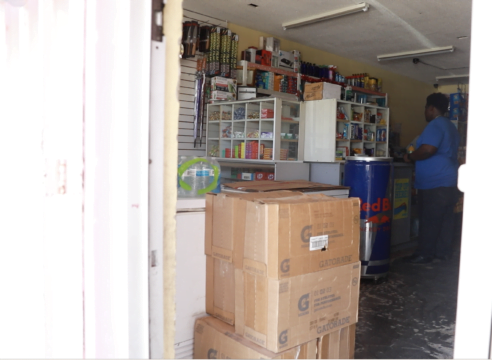 NASSAU, BAHAMAS – The lack of consistent power during the summer months has left many Bahamians expressing outrage. And with outages expected to continue until Winter, many believe that the worst is yet to come.

On Tuesday, Bahamas Power and Light (BPL) announced that there was an island-wide blackout, meaning that every area of the island experienced a lack of power unless a business or home was equipped with a generator.

This week’s excessive power cuts resulted in chaos for various business and organizations.

Ana Johnson, an employee at a local vacation Bible school, expressed her frustration with the constant load shedding, calling it “unbearable.”

“Every time after 11 o’clock, the light would go off,” Johnson stated. “It’s hard on us because the light and water are connected so we had to deal with hygiene purposes. We had students go home early because of the heat and then the lack of water. That has been a big challenge for us because of the power outages.”

With approximately 112 students ranging in ages two months to 12 years, Johnson said it is very frustrating to keep the children cool and busy when the majority of the camp activities cannot take place because of a lack of current.

“We use technology to help with the program,” Johnson explained. “So, when the light cuts off, they’re not able to see the movies and do anything like that.”

But even beyond her job at the summer camp, she has experienced “overbearing” power outages that make leaving her job and going home very irritating.

“It’s like almost on a time schedule,’’ Johnson said. “I can assure that I come home after now and the light will be on. By 4 o’clock, it cuts off. I just want them to put into consideration that persons that can’t afford the solar panels, that can’t afford the generators; to rectify the problem as soon as possible.”

A cashier at a local convivence store also expressed anger over the constant power outages, citing it as an “inconvenience.”

“You can’t scan anything,” she explained. “You have to write down everything and when you finish writing everything, once power cuts back on, you have to put everything back in the system. So, that’s more like double work.”

But the scariest issue, she mentioned, was the possibility of being a victim of robbery, because of a lack of working security cameras, due to the constant power outages.

“Right now, people could come in and do what they want, like thief,” she explained. “You have to watch them to see what they’re doing. Or someone could come here and rob us and that wouldn’t be on the camera.”

This fear often means that the store has to be closed early, thus, creating another problem – losing money because of a lack of customers.

“Yesterday, it been off twice for hours. So, we had to go through the same thing the day before. They just need to do a better job with the current.”