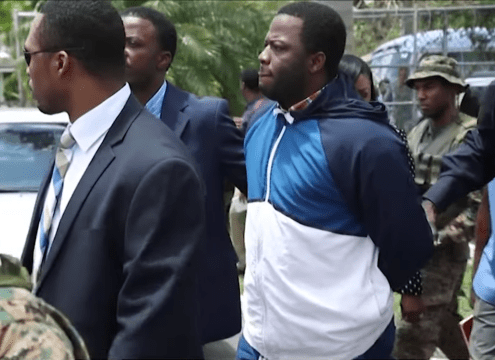 Matter set to be heard in the Supreme Court on August 16.

Former Royal Bahamas Defence Force (RBDF) Able Seaman Jevon Seymour, who was arraigned on murder and attempted murder charges last month, yesterday told the court he has an alibi that

He appeared before Chief Magistrate Joyann Ferguson-Pratt for the presentation of a voluntary bill of indictment to be tried in the Supreme Court.

He told the court that will provide the particulars of his alibi to the Department of Public Prosecution within 21 days.

Seymour has been on remand at the Bahamas Department of Correctional Services.

He is due in the Supreme Court on August 16.

It is alleged that Seymour opened fire on Perpall and his colleagues who were in the guard room at Government House.