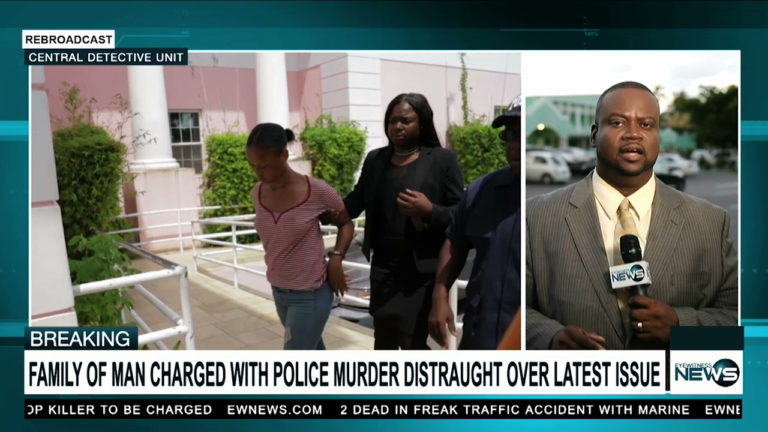 More drama unfolded Tuesday into the investigation of the death of Inspector Carlis Blatch, the former aide-de-camp for Governor General Dame Marguerite Pindling after he was shot and killed last week during a robbery.

On Monday, Timothy Cole, 48, was charged in Magistrate’s Court for Blatch’s death.

The ordeal, which erupted emotions from family members, caused one of the young women in his family to shout, “Freedom” while breaking through the barricade police had set up.

Eyewitness News interviewed the young woman and other family members Tuesday in an attempt to uncover the full story.