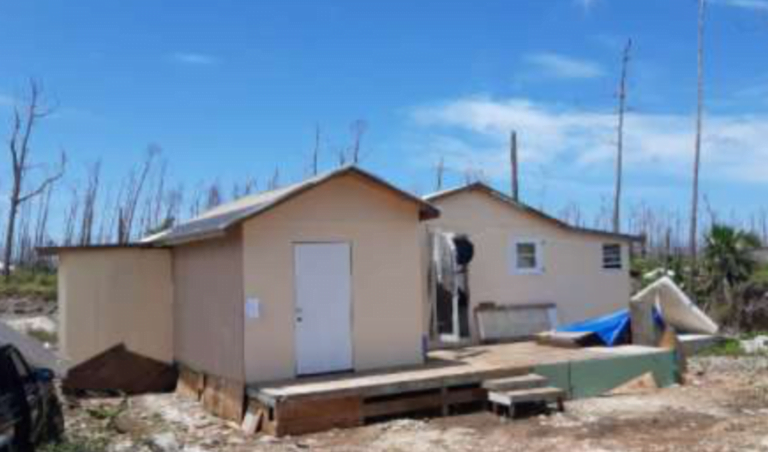 NASSAU, BAHAMAS — The government has issued 50 eviction notices to residents of unregulated structures on mainland Abaco and Elbow Cay since late June.

The majority of the eviction notices, issued between June 23 and August 25, were posted on structures in The Farm or Farm Road shantytown.

Yesterday, Public Works Minister Desmond Bannister said the government is moving to take the next steps.

“The Ministry of Work has posted eviction notices on a whole variety of these illegal structures on the mainland in Abaco and on Elbow Cay,” he told reporters outside Cabinet.

“Many of them have been posted since June.

“We have documented every single one with photographs and the dates when they were posted.

“There is a government inter-ministry agency that is looking at taking the next steps, but our job with respect to posting them started in June and we are relentless in ensuring that we do what the Bahamian people have asked us to do.”

Dorian pounded the islands of Abaco and Grand Bahama last September, displacing thousands, many of whom resided in the shantytown communities in Abaco.

Two weeks after Dorian laid waste to shantytown communities in Abaco, the government issued a cease order with immediate effect preventing anyone from building or developing in the five communities.

The government engaged several local contractors to assist in the clean-up of these areas.

However, some residents sought to rebuild their homes despite the cease order.

Under the Disaster Reconstruction Authority Act, Sand Banks, The Farm, Pigeon Pea, the Crown land in the vicinity of Treasure Cay and The Mudd were excluded from Abaco’s disaster zones that can rebuild.