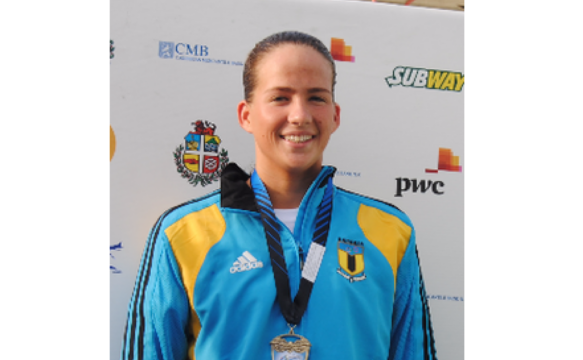 Joanna Evans picked up her fifth medal of the 2018 Central American and Caribbean (CAC) Games in Barranquilla, Colombia Wednesday.

In men’s action, N’hyn Fernander won the ‘B’ final of the 100m butterfly in 54.58 seconds. Jamaican Michael Dols was second in 54.74 seconds and Steven Aimable from French Guyana, was third in 55.49 seconds.

Carlos Mendez-Martinez of Guatemala, won the 100m breast ‘A’ finale in 52.20 seconds.

Today, The Bahamas will be represented in boxing for the first time at the games. Carl Hield will compete in the quarterfinal of the men’s welterweight 69-kilogram (kg) class. He’ll learn his opponent after this morning’s match draw.