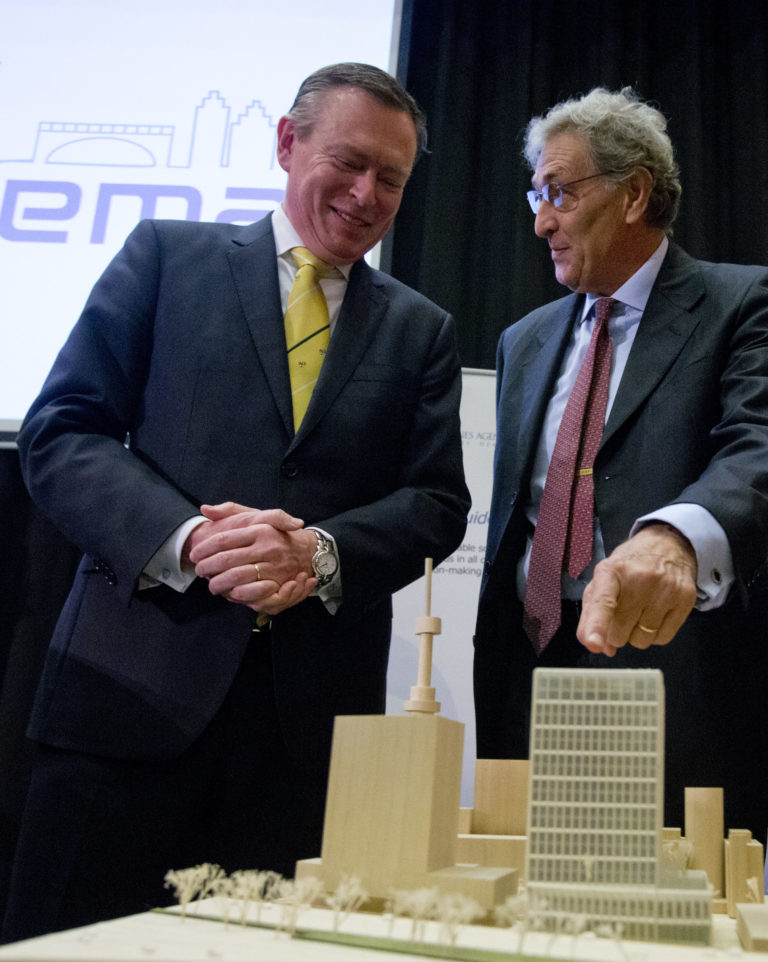 Italy's Guido Rasi, director of the European Medicines Agency, right, points to a model of the new headquarters in Amsterdam during a press conference with Dutch Health Minster Bruno Bruins, left, in The Hague, Netherlands, Monday, Jan. 29, 2018. The Brexit-related relocation of the agency from London to Amsterdam is scheduled for 2019. (AP Photo/Peter Dejong)

AMSTERDAM (AP) — Dutch officials say the European Medicines Agency will be housed in temporary accommodation in Amsterdam before a new headquarters is completed for the agency’s relocation from London.

Dutch Health Minister Bruno Bruins announced Monday that the EU agency and its approximately 900 staff initially will be placed in the Sloterdijk neighborhood of western Amsterdam.

The new headquarters is to be built in the Zuidas, or Southern Axis, a neighborhood that straddles the city’s ring road. It is scheduled for completion in November 2019.

EMA Executive Director Guido Rasi described the relocation as the biggest challenge the agency has ever faced.

Amsterdam narrowly beat Milan in a vote for the right to host the agency, which is being moved from London due to Britain’s decision to leave the European Union.