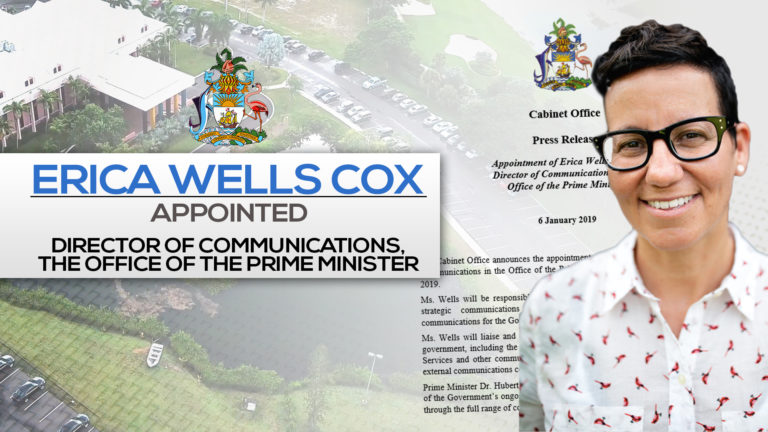 NASSAU, BAHAMAS – The Cabinet Office on Sunday announced the appointment of Erica Wells-Cox as Director of Communications in the Office of the Prime Minister (OPM), effective today (Janaury 7).

Prime Minister Dr. Hubert Minnis noted that the appointment of Wells is part of the Government’s ongoing program to communicate with the Bahamian people through the full range of communication platforms and media.

The Prime Minister stated:  “Wells has many years of experience. She is highly respected for her professional judgment, integrity and impressive skill-sets.

“There will also be other important efforts to strengthen public communications and citizen engagement, including across social media.”

Wells is a communications and media professional with more than 20 years’ experience working across print, broadcast, digital and online platforms.

She served as managing editor of the Bahamas Handbook for four years, and communications consultant for the Citizen Security and Justice Program.

In addition to a strong background in news reporting and production, she has written extensively about Bahamian history, culture and heritage.

She has also written for the New York Times and The Associated Press, and has contributed to BBC Caribbean and The Times of London newspaper, among other international news agencies.

Wells earned a BA in English from the University of Western Ontario in Canada, in 1995, and a MA in international journalism from City University of London in the United Kingdom in 1999.