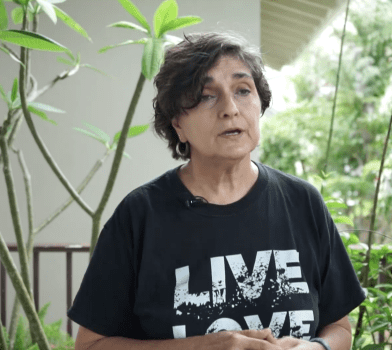 NASSAU, BAHAMAS – Local environmentalists have urged the government to ‘talk less and act more’ to tackle dumping in the country’s territorial waters, this in light of recent revelations that a Norwegian Cruise Line vessel had dumped waste in Bahamian waters..

“We are really sick of all the talk right now,” Sam Duncombe of reEarth told Eyewitness News.

“We are really looking to seeing some action. This is not new to the Bahamas government. They have known for years that the cruise ships having been dumping our waters.

Duncombe said: “They have failed us miserably. That environmental bill that was touted by the minister could have been a real saviour for us. When we are talking about fines we have to remember these are multi-billion companies. A few million dollars is not a major deterrent to them.”

She added: “We need less talk and more action. They need to raise the fine even higher.”

Joe Darville, chairman of Save the Bays and Waterkeepers Bahamas said: “I think that due to the high volume of cruise ships coming into this country that  from the moment they enter our territorial waters we have someone on those ships checking on what they were doing.

“We have to get serious about this issue. I am curious as to why they admitted to it? Was it an accident or intentional?

“Do they think that because they admitted to it we shouldn’t levy a heavy penalty?”

“Consequently, we are actively in touch with all other major lines that operate vessels within our waters,” Wells said during a contribution in Parliament on Wednesday.

The transport minister said his ministry is also in close consultation with the Office of the Attorney General and the Ministry of Environment regarding the matter.