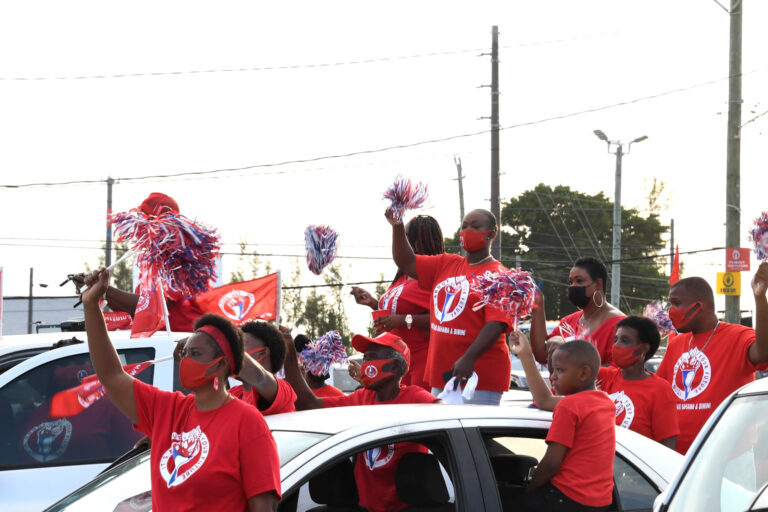 Lewis pledges to get FNM “back on track”

NASSAU, BAHAMAS — Central Grand Bahama MP Iram Lewis, one of the seven Free National Movement members who captured seats in the House of Assembly in the general election, announced yesterday that he will vie for leadership of the party at its convention next month.

The announcement came as the FNM celebrates 50 years since its inception on October 20, 1971.

While commending Sir Cecil Wallace-Whitfield, Kendal GL Isaacs, Hubert Ingraham, Tommy Turnquest, Dr Hubert Minnis, and John Henry Bostwick, whom he said stood firm in the face of victimization and persecution, today there is a “new cadre of freedom fighters who believe in our foundational philosophy”.

He said despite the private the former administration’s productivity sent a “clear and powerful message” to the FNM, and it is “time for a change”.

“From his involvement in civic organizations, sporting activities taking him as far as the Olympics, church and family,”

“Mr Lewis has always been looked at as ‘the leader’.

“When deciding to get into frontline politics he felt it was an opportunity to provide service to the Bahamian people, specifically Central Grand Bahama constituents.

“As his political career grows, so is the opportunity to help more people.

“As one of seven elected to the House of Assembly for the Free National Movement, Mr Lewis feels he is the best option for leader with his style of being a servant leader, willingness to listen and including dissenting opinions.

Lewis committed that under his leadership the various arms of the FNM — council members, Torchbearers Youth Association and the Women’s Association — will have a “seat at the table as their voices are valued and important”.

He pointed out there is a need to rebuild the FNM, reconnect with its base, and recognize the “valuable contributions of its foot soldiers”.

“He believes he is the right person for the job and encourages all supporters to join his team as he view to get the FNM back on track.”

But he said he expects the convention and vote to be fair.

As it relates to the November 27 one-day convention, the chairman also noted that it will be a mixture of in-person and virtual attendance in light of the ongoing pandemic and health concerns.

In an FNM memorandum dated October 19, the Central Council decided that a one-day convention will be held on November 27 at Holy Trinity Activities Centre to determine the leader of the party.

Former East Grand Bahama MP Peter Turnquest will remain on as deputy leader, though he will not be among the FNM’s parliamentary caucus.

Turnquest did not vie for an FNM nomination, pulling out from running for the constituency amid an ongoing legal battle that saw him resign as a Cabinet minister so as not to distract the work of the government, though the former MP expects to be vindicated.

Nominations will take place on November 18.

According to the internal document, two members of the party must nominate a candidate for leader before 5pm.

It remains to be seen if former Prime Minister Dr Hubert Minnis will follow through on his commitment to step aside and allow for new leadership, a contingent of him remaining on as leader of the party and leader of Her Majesty’s Loyal Opposition following the FNM’s defeat at the polls on September 16.