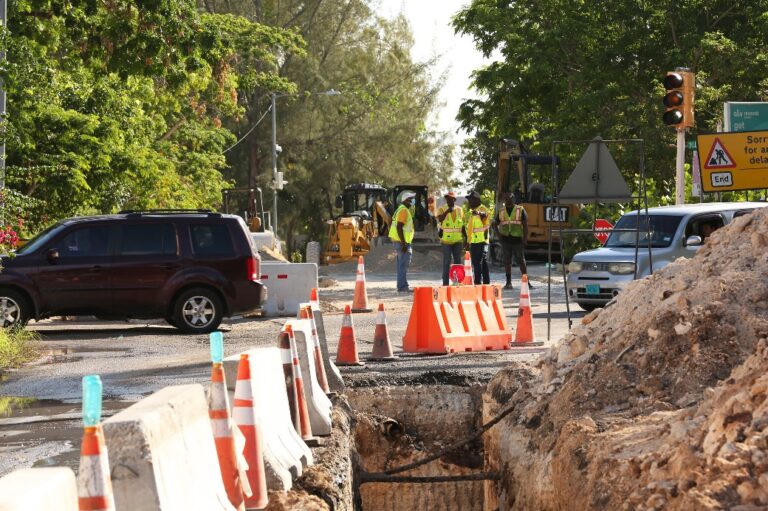 NASSAU, BAHAMAS — The Village Road Improvement Project is expected to be completed by December 12, according to Press Secretary Clint Watson.

Watson said told the media at a weekly press briefing that all utility companies have finally completed their work to allow paving to begin.

“Finally all utilities, BPL Water and Sewerage, Cable Bahamas have finished doing what work needs to be done and have begun closing up those holes,” he said.

“Paving is expected to begin on December 3 and will last until December 12. Thereafter the road is expected to be fully completed and opened. There has been dialogue with residents in the area. They are excited about it.”

Watson said: There have been town meetings to keep them abreast of what is happening. They’re actually excited. They believe it will help enhance the development of the area. They have been patient. We thank them for that. But by December 12 the nightmare should be over.”

The Village Road Improvement Project is designed to rehabilitate, improve the level of service, and execute upgrades to various buried utilities on 0.9 miles of roadway on Village Road between St. Andrew’s Drive and Montagu Beach. New traffic signals, removal of existing pavement, installation of new pavement, electrical ducts, water mains and services, and construction of junction improvements are among the scope of the roadworks.

Proposed changes also include widening to three lanes from the New Providence Road Improvement Project (at the approach of the Village Road Plaza), a median lane near Queen’s College which will provide relief to drivers and create additional turning movement, the addition of a turning lane at St. Andrew’s Drive and the removal of a silk cotton tree at Parkgate and Village roads for the provision of a turning lane.

The project was originally expected to be completed in September.