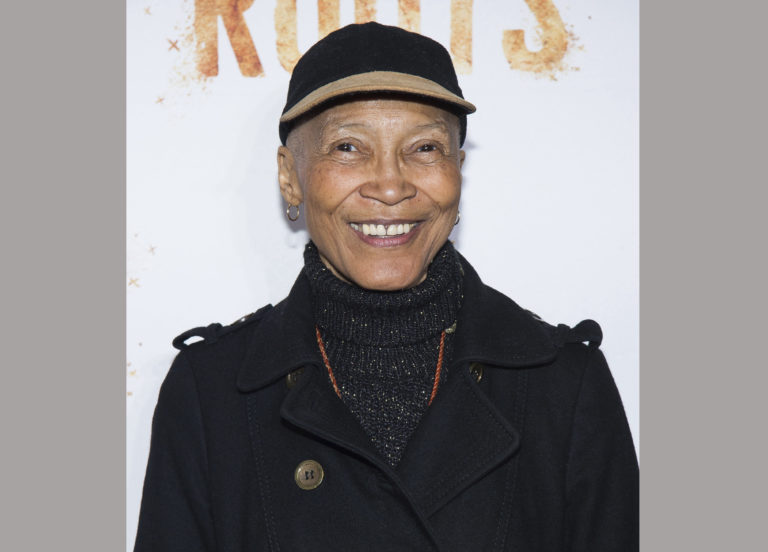 FILE - In this May 23, 2016 file photo, actress Olivia Cole, who starred in the original TV series "Roots," attends the premiere of History Channel's updated "Roots" mini-series in New York. A funeral association official says that Cole died of a heart attack last Friday, Jan. 19, 2018, at her home in San Miguel de Allende, a city in central Mexico. She was 75. (Photo by Charles Sykes/Invision/AP, File)

LOS ANGELES (AP) — Olivia Cole, who won an Emmy Award for her portrayal of Matilda, wife to Chicken George in the landmark miniseries “Roots,” has died, a burial association executive said. She was 75.

The cause of death was a heart attack, Cooper said Thursday.

Cole received an Emmy Award for her role in ABC’s smash hit 1977 drama based on African-American writer Alex Haley’s book “Roots,” which dramatized the lives of his ancestors from West Africa to slavery and post-Civil War.

She was the first African-American to win in the Emmy category of best supporting actress in a miniseries.

In the late 1970s, Cole reportedly lamented that Hollywood failed to respond to “Roots” with more opportunities for black actors and actresses. She wasn’t alone.

“You’d think somebody might have followed up with stories about other black families and experiences.

Nobody followed up,” series executive producer David L. Wolper told The Associated Press in 2002, on the drama’s 25th anniversary.

Ben Vereen played Chicken George in the ensemble cast that also included LeVar Burton, Leslie Uggams, Cicely Tyson, Madge Sinclair and Cole, a native of Memphis, Tennessee, pursued her education at New York City’s Hunter College High School, Bard College in New York and the Royal Academy of Dramatic Art in London, from which she graduated with honors in 1964.

She also earned a theater arts master’s degree from the University of Minnesota.

Her first credited screen performance came in the daytime serial “Guiding Light” in 1969, with other TV and movie credits including “North and South,” Oprah Winfrey’s “The Women of Brewster Place” and “Coming Home.”

Cole received a lead-actress Emmy nomination for the 1979 miniseries “Backstairs at the White House.”
She embraced stage work, appearing regularly on Broadway in the 1960s and ’70s in plays including “The Merchant of Venice,” ”You Can’t Take It With You” and “The School for Scandal.”

“She once told me that she thought she had done her best work in the Shakespeare group, just because she was learning so much,” Wendy Sievert, a friend of Cole’s, told the Times.

Cole, who was divorced from actor Richard Venture, is survived by cousins, according to Cooper.