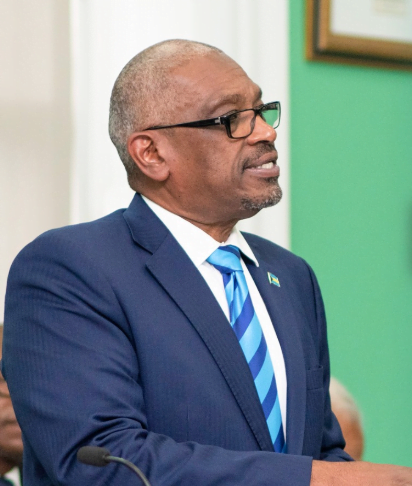 Further easing of restrictions expected to be announced tomorrow

NASSAU, BAHAMAS — A resolution to extend the state of emergency to June 29 was tabled in the House of Assembly today.

The extension is expected to see the continuation of the 24-hour curfew and partial lockdowns, implemented in March.

However, Prime Minister Dr Hubert Minnis, who tabled the resolution, said he will announce further easing of restrictions for New Providence, Grand Bahama and a number of Family Islands tomorrow when Parliament resumes.

“We recognize they’ve being under lockdown, curfew orders for some time,” he said.

“We’re on the right track and we think we’re in good stead if we further liberalize The Bahamas; that is New Providence, Grand Bahama and other Family Islands.

“More details will be given, inclusive of the church as we all need spiritual healing, not only medical healing, and not only economic healing.

“But more details will be given tomorrow as to the layout as we continue to progress along our phases — ‘Phase 1’, ‘Phase 1B’, phases two and three — as we continue to advance, so we can open our country to international travellers, [and] so that our minister of tourism can one day can start shouting in the back of me saying that he has now hit the nine million mark.

“I look forward to that day.”

Mangrove Cay and South Andros MP Picewell Forbes, leader of opposition business in the House of Assembly, said the opposition looks forward to learning more about the easement of restrictions tomorrow.

A state of emergency was declared on March 17, amid the spread of the novel coronavirus (COVID-19)

The country closed its borders on March 27.

Bimini remains will complete its two-week lockdown on Saturday.

On April 19, the prime minister announced some businesses, including hardware stores and plant nurseries will be allowed to reopen during the curfew.

As of yesterday, there were 100 confirmed cases of the virus, of which 43 were active.

There were no new cases reported in three days.

As it relates to the church, services were allowed to resume with restrictions on islands cleared to resume full commercial activity on Saturday.

On those islands, services may be held in the sanctuary though social distancing and hygiene protocols must be maintained.

On islands, which remain in ‘Phase 1B’, including New Providence and Grand Bahama, services may only be held as drive-up service where attendees remain seated in their vehicles; services is limited to one hour; and only four people from the immediate household can be in one vehicle.

High-risk people and those aged 65 and older have been asked not to attend.

While Bahamas Christian Council President Bishop Delton Fernander has said the drive-up service is a good first step to reopening the church, he acknowledged there has been strong mixed reactions from religious leaders.

Spiritual Healing is so important.