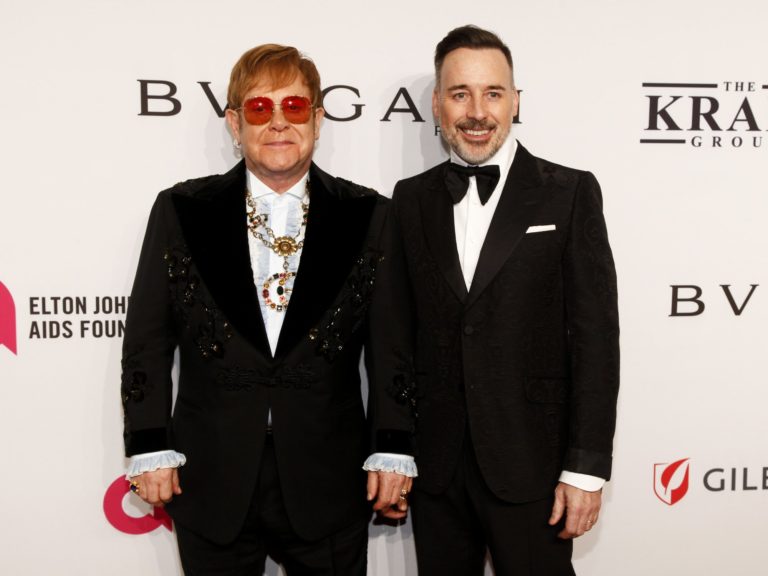 NEW YORK (AP) — Elton John said he stood by the stage and sobbed at his foundation’s gala last year as Aretha Franklin made her final public performance.

“I was shocked to see how thin she was, and she just smiled her sweet smile at me and said, ‘I didn’t want to let you down,’” he told The Associated Press on the red carpet Monday night at this year’s party.

John said Franklin “gave us one of the greatest performances of our lifetime.” She died in August at age 76.

From the podium, John also acknowledged Tony Bennett, who was in the audience, as another inspirational singer.

“Artists like that don’t come around that often. They are dying out, and it’s such a shame because there’s no one to replace them,” the 71-year-old John told the crowd.

The gala raised $3.9 million for the Elton John AIDS Foundation, which was launched in 1992.

While the organization has been a leader in the fight against AIDS, the theme of the night at a grand Midtown ballroom was civility toward one another. John said he’s worried about America because “we live in perilous times.” He called on Americans to help all people feel like they belong.

“There should be no difference between the color of your skin, the religion you choose or your political party. We have to come together and embrace each other,” John said.

At the annual An Enduring Vision Benefit Gala for their AIDS foundation, Elton John and David Furnish talk about how the charity has progressed, saying everyone should be “treated with kindness and compassion.” (Nov. 6)

From the red carpet, John said civility has gone off the rails over the past couple of years. He’s especially disturbed by attacks on the transgender community.

“That doesn’t sit very well with me. Because people should have any right they want. People who want to be transgender should have their own rights,” John said.

David Furnish, John’s husband, drew a similarity to the discrimination in the early day of the AIDS epidemic.

“We like everybody to be treated with kindness and compassion,” he said. “You have to bring everybody along for the ride.”

“We started off on the kitchen table in Atlanta, and we’ve grown to where we are today. We’ve raised over $430 million worldwide. We’ve been responsible with matching funds worldwide over a billion dollars. That’s pretty amazing for a small organization like us. And we’ve survived,” John said from the carpet

“Our motto is, no one gets left behind,” he said. “If you leave people behind, you’re never gonna win.”

The evening was hosted by “CBS This Morning” co-host Gayle King. Bryan Stevenson, founder and executive director of the Equal Justice Initiative was the guest speaker. He made a passionate plea to reach out to people in places you have traditionally avoided.

The granddaughter of publishing magnate William Randolph Hearst, she is known for the events following her 1974 kidnapping by the terrorist group the Symbionese Liberation Army. Hearst spoke briefly on the red carpet.

“This is really the only organization that right now I would do this for. Because I do prefer to just be behind the scenes. This isn’t a big ego moment for me. This is something very special, and that’s why I agreed to be honored,” Hearst said.

The night closed with a performance by Sheryl Crow.