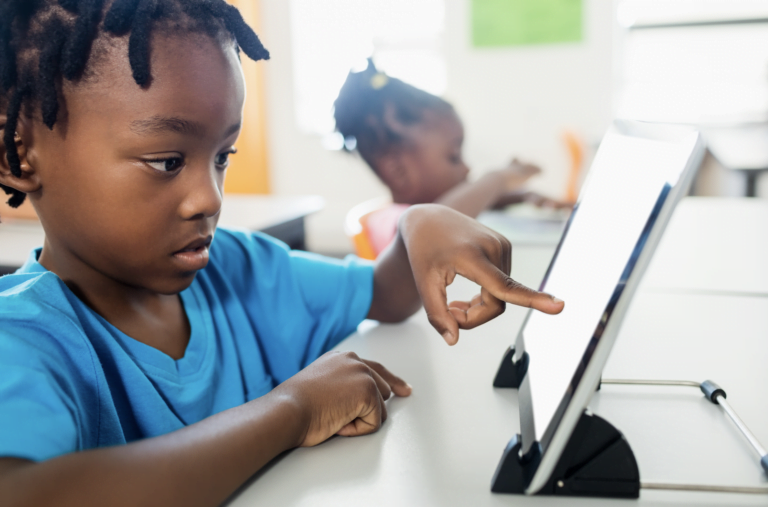 Students engage in online learning in this file photo.

NASSAU, BAHAMAS — The Ministry of Education will provide an electronic device to every student in the public school system in The Bahamas this year, Minister of Education Jeffrey Lloyd announced today.

Addressing Parliament, Lloyd said no one student will be left behind.

“Mr Speaker it is the intention of the Ministry of Education to place a device, an instrument, a tablet in the hand of every public school student, every single one… this year,” Lloyd advised the House of Assembly.

“I think that deserves a round of applause. So, Mr Speaker the delay has been, as you may know, that there is a worldwide shortage of instruments because everybody is working at home, and students are working and so on, and so forth.”

Lloyd said the government was awaiting the arrival of 5,000 devices.

He said a consortium of donors is expected to provide thousands of devices today, “all of which will be distributed to students across the Commonwealth of The Bahamas”.

“We have been beneficiaries, meaning the public system, has been beneficiaries of donations from all over for students. For instance, Mr Speaker, all of the MICAL constituency, South Andros, I think in Cat Island, they have already received devices. Donations are coming in now for all of Abaco, all of Long Island.

“We are providing, as I spoke to the member for Exumas, we are providing for him. All he has to do is let us know what is required. Here in New Providence, as soon as those 5,000 come in, plus what we already have — we had ordered 5,800, and those are being distributed as soon as they come in.”

According to the minister, there were hundreds of uncollected vouchers prepared for students for electronic devices.

He said: “It is regrettable to have to state that here sir, so I beg parents to please, please come to the schools where the vouchers for your child are being distributed; receive them and redeem them at any Aliv store and you will just receive those devices.”

Schools on other islands, including Grand Bahama, have returned to face-to-face learning.

Lloyd said during the first week of the virtual learning program’s launch 22,000 users, including students and teachers attempted to access the learning platform within a 10-minute window, overloading the system and forcing it to shutdown.

The minister said the system was restored within a few hours, but by that time most of the teachers and the students have moved to an alternative learning platform.

He said the system was fully operational by Tuesday evening.

He said since then, the virtual learning platform has been modified to accommodate large numbers of users logging in at the same time.

According to Lloyd, there were still logistical areas that need to be perfected, including ensuring the right usernames and passwords were being used to access the system.

According to the minister, the learning management system, which is responsible for collating information regarding student and teacher confidential records, has been populated with over 45,000 student user records and nearly 3,700 staff user records as of Friday.

He said user names and passwords had been issued to more than 43,00 students and 2,900 teachers.

The minister said the education management information system is vital and consistent with the government’s commitment to providing children in the nation with a quality education.