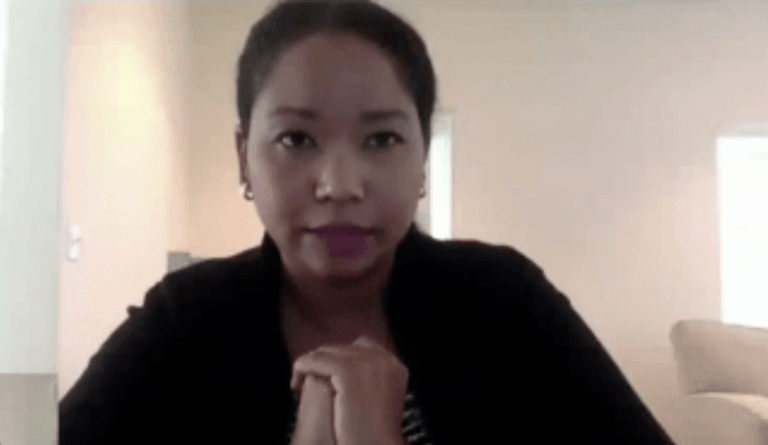 NASSAU, BAHAMAS — While health officials were unable to say whether the recent election activities and advance poll will result in an increase in cases of the coronavirus, Director of the National HIV/AIDS and Infectious Disease Programme Dr Nikkiah Forbes indicated that any events where public health measures are not rigidly followed could result in another spike.

The advance poll saw thousands of voters head to polling stations across the archipelago to cast their ballots, and while some polling stations appeared organized and adhered to health protocols, others were at time chaotic, with large crowds and no social distancing.

At some polling stations, there were no markings or indications of proper protocols and limited rooms for voters to cast their ballots which resulted in a bottleneck of voters.

For the first time, voters 65-years-old and were allowed to vote in the advance poll.

Asked if The Bahamas could expect a further increase in cases as a result of some activities on the day of the advance poll last Thursday, Forbes said: “If the public health precautions are not being followed and if people are congregating in close proximity with no masks, and are not observing the protocols, then you can expect to see a rise in cases.

“Anywhere from a week to two or thereafter.”

Forbes was also asked whether there were assessments or expectations as to how much cases could increase following the election period, which has seen large crowds on motorcades, gathering at constituency offices and elsewhere.

While she was unable to comment, she suggested the numbers would be indicative.

She was also asked how important it is to ensure protocols adherence during the election period to avoid another spike in cases as the country struggles to maintain critical health services with hospitals overwhelmed.

“All areas of the hospital indicating how overwhelmed the system is and just how many COVID patients are in hospital,” she said.

“Just our data alone from our study, 400 persons were admitted in the last month of August to the first week of September to COVID.

“If you go back to our other data — mid-March to July 31 – I think it was 411 persons were admitted, so in one month [compared to] five weeks basically the same number of person were admitted for COVID as over the March to end of July timestamp. So, that tells you how this COVID wave is and how overwhelmed the hospital system is right now with COVID with many wards providing care; with elective surgeries shut down; our clinics are closed down…”

As it relates to Election Day, Acting Parliamentary Commissioner Lavado Duncanson said there are plans to make much-needed improvements, noting that most people presented earlier on the day to vote.

He said the Parliamentary Registration Department intends to minimize the number of individuals who can be accommodated within polling stations and ensure sanitization upon entry and mask-wearing is strictly adhered to, among other measures.

While the impact of the election cycle thus far on caseload remains to be seen, Election Day will see quarantined voters cast their ballots, according to the Office of the Prime Minister (OPM).

In a statement last night, the OPM announced that those individuals will be required to comply with existing health protocols — namely wearing a face mask, maintaining a distance of six feet from others and washing or otherwise sanitizing their hands often — and must return to quarantine immediately after voting.

Alpha, delta and gamma variants of COVID-19 have been confirmed in The Bahamas.

These variants are more transmissible and have been reported in breakthrough cases.