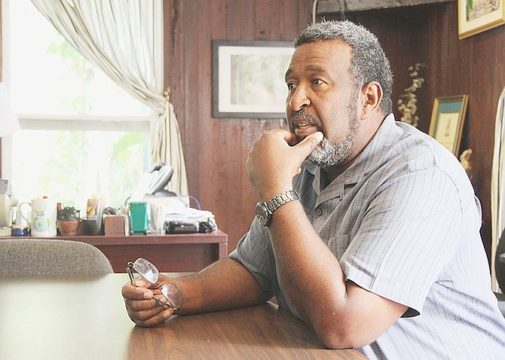 Executive Director of the Bahamas National Trust (BNT) Eric Carey said on Sunday that the BNT is confident that following the environmental impact assessment (EIA), for the first phase of the Oban Energies project, the development to construct a $5.5 billion oil refinery and container station in East Grand Bahama will be halted.

Government officials announced last week that a government committee has been appointed to monitor the project. The announcement followed weeks of controversy surrounding the deal and rejection by the BNT.

Englerston Member of Parliament (MP) Glenys Hanna-Martin had also moved for a select committee to investigate the deal.

Carey told Eyewitness News yesterday that, as far as he knows, The Bahamas Environment, Science and Technology (BEST) Commission is a part of the committee even though their file on the Oban project remains missing. The BNT’s position, he said, remains the same and it is hopeful that government will “in wisdom”, make the right decision.

“We expect that when the EIA for phase one (the heads of agreement speaks to an EIA for each phase) [is complete],  we are confident the EIA will show all that we have been warning them [government] about,” Carey said.

When the project was first announced earlier this year, BNT officials said, the organization could not envisage any scenario where it would support the development.

Carey said yesterday that as Attorney General (AG) Senator Carl Bethel and Deputy Prime Minister and East Grand Bahamas MP Peter Turnquest have publicly stated that the project will not proceed if the EIA illustrates negatives, he hopes they remain true to their word.

“If there is significant environmental damage projected that is beyond any reasonable scope or any level of acceptability, we are confident that the level of proposed impact will be unacceptable,” he said.

The BNT executive claimed that the EIA is being conducted by a private company – Island by Design – which he said, has not reached out to the BNT for its input.