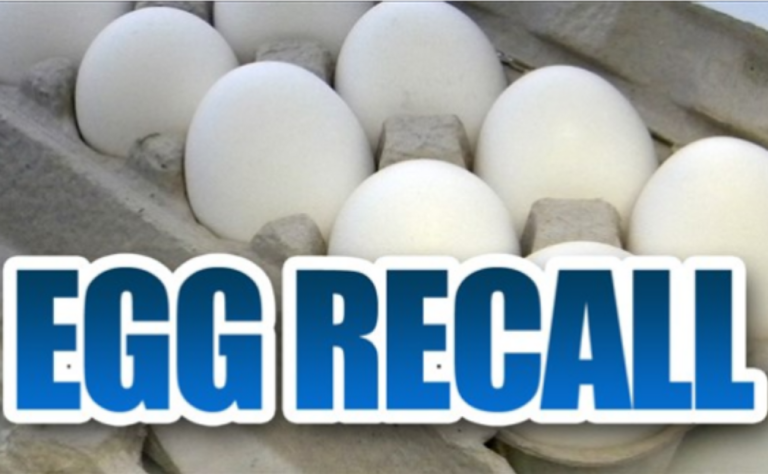 Thousands of grocery shoppers are potentially at risk of purchasing recalled eggs imported into the country, according to the Department of Agriculture, which has since issued an advisory cautioning shoppers of the recall.

The voluntary recall of eggs produced by Rose Acre Farms’ Hyde Country Farm was made on Thursday, the department announced.

The United States Food and Drug Agency (FDA) is said to have identified The Bahamas as one of the international locations where the recalled eggs were distributed.

“We note the viral image posted on social media purporting that contaminated eggs were being sold by a local retailer. We wish to advise the public that our inspectors have reviewed the batch information on the cartons on the shelves and have determined that they are not from the original recall list.”

The department has subsequently issued an advisory for the public to exercise due caution and inspect the numbers carefully in the event that products on the shelf are added to the expanded list.”

Consumers and retailers should check cartons or packings of their eggs for the following:

Plant numbers and Julian dates, the statement said, are printed on individual boxes, with the Julian date following the plant number for example P-1359D-048A.

The statement warned shoppers not to eat any shell eggs from the lots listed above and said, “If they have any of the above products, they are advised to discard the product or return to their place of purchase.”

The public is also being advised to practice safe food handling and preparation measures including washing hands, utensils and surfaces with hot soapy water before and after handling raw eggs, and raw egg containing foods.

“Preparation surfaces and food cutting utensils that may have come in contact with the potentially contaminated eggs should be thoroughly cleaned,” the statement said.

The department further advised the public to continue to monitor the media for any additions or updates to the contaminated eggs listings.