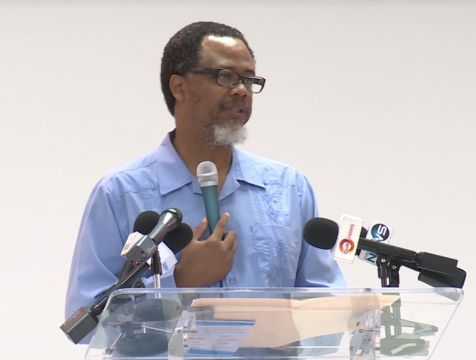 NASSAU, BAHAMAS — A number of Ministry of Education employees were being questioned by the Royal Bahamas Police Force yesterday in connection to an honoraria fraud scheme which was first reported on in an auditor general’s report earlier this year, Eyewitness News Online can confirm.

When contacted, Director of Education Marcellus Taylor told Eyewitness News Online that while he is unclear if charges would follow, an investigation was underway.

“There are some employees who have been asked to go and give interviews with the police,” Taylor said.

“The nature of the details, I don’t know, but this all emanates from the report that you all very well know about that was highlighted in the newspapers at the beginning of the year.”

Deputy Commissioner of Police Paul Rolle, who was also contacted, only confirmed that an investigation was underway.

“We are talking to a number of persons,” he said.

“The matter is under investigation.”

Police sources, who were unable to speak on the record, told Eyewitness News Online that charges could be filed against several employees as early as next week.

In January, an Auditor General’s inquiry into the Department of Education detailed alleged collusion among employees to defraud the government of nearly $450,000 by influencing a system for stipends and honoraria.

The report also revealed that an education officer was signing on behalf of the head of department and authorized 10 payments from totaling more than $2m for the 2016 and 2017 fiscal years.

Yesterday, Taylor said since the release of the report there has been a “shakeup” in the department.

“To my knowledge changes have been made some time ago,” he said.

“Some persons were deployed to other parts of our ministry, away from the accounts area or transferred to other ministries.

“That was done last year or I think the year before.

“I know that recently some employees were issued, show cause letters and letters asking

them to answer for what might appear to be their behavior.

“I don’t know the outcome of that… but the time is winding down now to when they would have to answer.”

“When the auditor general comes in — as any auditor comes into the private sector or public sector — … they investigate and they make recommendations on what you ought to do in order to bring about the kind of accountancy systems, and also general accountability for business processes,” the director said.

“The ministry and the department will systematically work on addressing the ones that we can, which revolve around a number of things — training of staff and other more technical business control systems to make sure that no one could violate the process.”