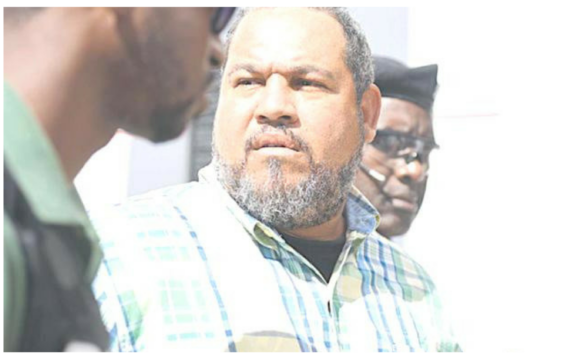 Possession and the possession with the intent to supply 283 pounds of marijuana are the two charges that put known drug lord Dwight Major back before a judge on Thursday.

The 50-year-old was stood before Magistrate Samuel McKinney alongside Romell Virgill Rolle, 47.

According to investigators, the two were found in possession of the drugs on Wednesday while driving together.

Both Rolle and Major pleaded not guilty to the two charges.

Major was sentenced to jail for nine months last July.

Major who has already been in the system, has also spent 15 years in prison in the United States for drugs.

The two men were remanded to the Bahamas Department of Corrections, with no bail, until June 11.