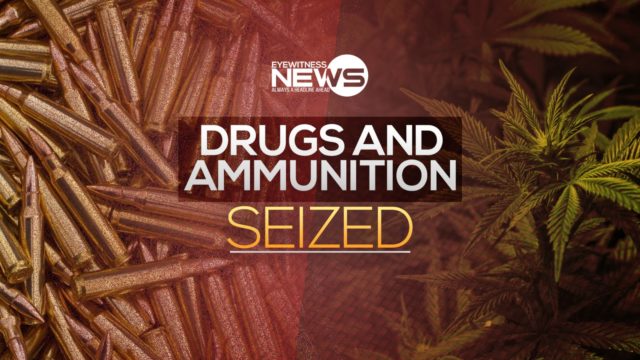 A bag of ammunition, an unlicensed shotgun and several pounds of illegals drugs were seized Wednesday in an effort by law enforcement officers.

According to reports, Drug Enforcement Unit (DEU) officers searched a home on Antonio Drive in Southbeach shortly after 3:00 p.m. and discovered a bag containing a variety of ammunition that resulted in a man being taken into custody.

Around the same time, authorities said, a customs officer examined a package at the East Street Post Office and discovered two pounds of suspected marijuana. A male resident from Hospital Lane was taken into custody.

Some 11 hours later, intelligence led mobile division officers to conduct a search of a home on Carey Street shortly after 10: p.m. where they discovered an unlicensed shotgun. The male owner was subsequently taken into custody.

Investigations into all three incidents are said to be ongoing.