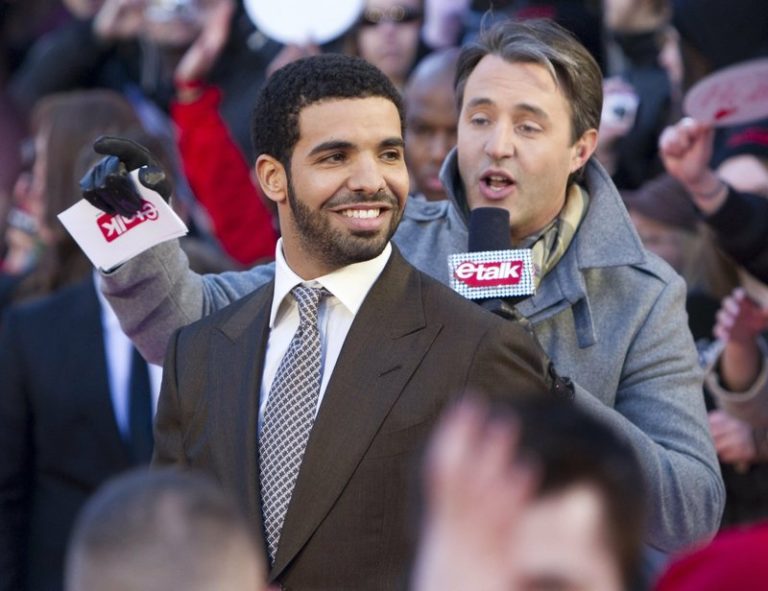 FILE - In this March 27, 2011 file photo, Drake arrives on the red carpet at the 2011 JUNO Awards, Canada’s music awards in Toronto. The 31-year-old rapper on Friday, June 29, 2018, released “Scorpion.” In two songs on his fifth album, he addresses rumors that he fathered a son with a former French adult-film star. (Darren Calabrese/The Canadian Press via AP)

The 31-year-old rapper from Canada released “Scorpion” on Friday. In two songs on his fifth album, he addresses rumors that he fathered a son with a former French adult-film star.

In “Emotionless,” Drake raps, “I wasn’t hiding my kid from the world, I was hiding the world from my kid.” In “March 14,” he uses a Michael Jackson reference to say, “She not my lover like Billie Jean, but the kid is mine.”

The 25-track album features the singles “God’s Plan” and “Nice For What.” The album follows “More Life” from 2017.

Jay Z, Future, Static Major and Ty Dolla $ign are among the artists who appear on the new album. He also samples Nicki Minaj and Mariah Carey.