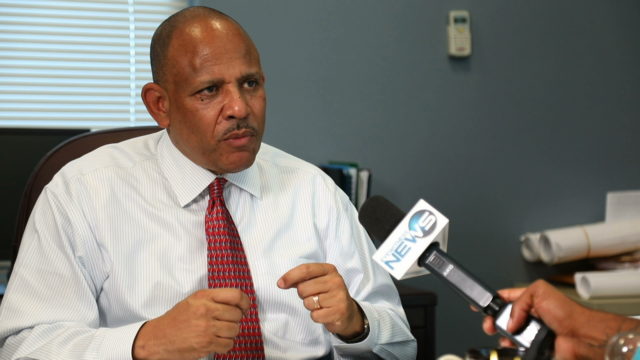 NASSAU, BAHAMAS – Some $300 – 400 million is spent annually on medical services abroad as many Bahamians have lost faith in the local healthcare system, Minister of Health Dr. Duane Sands revealed Thursday.

In an interview with Eyewitness News, Sands said better healthcare can be given to Bahamian citizens, but in order to improve healthcare, the government must also improve revenue.

Sands explained that about $80 million dollars is spent by the government to purchase health insurance policies for doctors, politicians, nurses, teachers, defence force officers and police officers, but very little of this is spent on the Bahamas public healthcare system.

“A lot of it is spent in South Florida and in health facilities elsewhere,” Sands said.

Meanwhile, as the government continues to finalize a tax scale for National Health Insurance (NHI), with the hope of eventually offering coverage for catastrophic illnesses, many have questioned if the standard of healthcare offered at the Princess Margaret Hospital (PMH) is ready is take on the excess demand that would come with the full implementation of NHI.

Despite these concerns, Sands said the infrastructural issues at the Princess Margaret Hospital have spanned decades, and it is ‘now or never’ when it comes to the implementation of NHI.

“If we throw in the towel now and say that we’ll never get anywhere, then we basically say, ‘okay we’ll deal with this ten years from now,’” the health minister said.  “But, if we prepare to tackle these issues holistically, I suspect that we can make a lot more progress than we think.”

Dr. Sands said Bahamians cannot expect a ‘white stallion’ to step in and save the healthcare system, but they must make a contribution to fix the problem.

“We have to demonstrate value; that people are not throwing their money into a deep dark waste hole; that whatever is positive or contributive to the healthcare system is used to the betterment of health services and this [is what] we are certainly trying to do.”

For years many have expressed a myriad of concerns with the services offered at PMH, especially on various wards.  The facility has also been plagued with a failing air conditioning system, is in need of roof repairs,  has a nurse shortage and insufficient beds.

Many have also voiced their concerns on social media about the services offered.

Raquel Smith said, “Too much tax money is being collected for such important and critical areas like PMH to be neglected!”