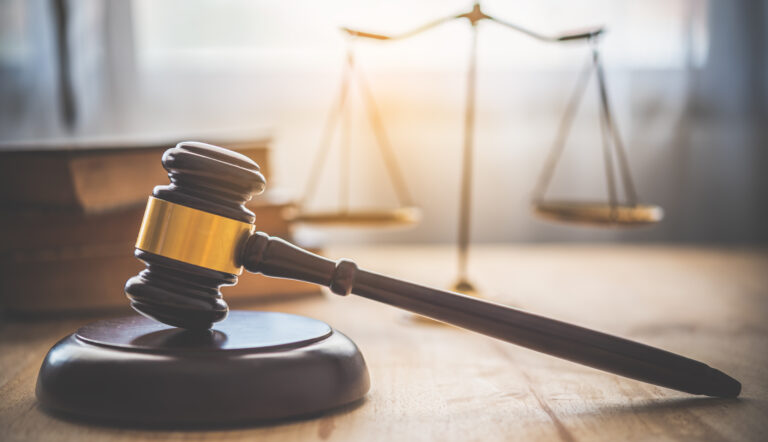 NASSAU, BAHAMAS — With growing concern over the slow pace of criminal trials, bail management, and the increasing backlog of cases, data released by the Office of the Director of Public Prosecutions (DPP) has revealed that over the past five years there have been more than 400 guilty pleas entered.

Director of Public Prosecutions Garvin Gaskins noted the plea agreements’ positive impact on the reduction of the backlog as he echoed Chief Justice Ian Winder’s sentiments on the importance of securing more plea agreements during an interview with Eyewitness News.

“Guilty pleas are also critical to the reduction in the backlog,” Gaskins said.

“One trial usually lasts for at least two weeks. Twenty-six guilty pleas amount to a year’s worth of trials. A significant savings of Judicial time. The more efficient the written presentation of the Voluntary Bill of Indictment (“VBI”), the more inclined, an accused person, with legal advice, would be to enter a guilty plea.

He added: “That accused person would as a matter of course receive a proportionate discount on his sentence, for the contrition shown, and for not wasting the Court’s time.”

Winder pointed to “considerable” staff shortages at the DPP’s office as he spoke to contributing factors that slow the pace of criminal trials, and the growing case backlog.

Gaskins said: “We are working tirelessly to duly process applicants to the Office of the Director of Public Prosecutions (ODPP), in order to increase our prosecutorial capacity. The persistent and conscientious completion of criminal matters is an attestation to the hardworking and sedulous team members at the ODPP.”

Data from the Office of the Director of Public Prosecutions (DPP) providing a quantitive and qualitative statistical analysis of prosecutorial activity before the Supreme Court has revealed that, between January 2017 and December 2021, there were 641 convictions for a wide range of offences and 101 acquittals.

The data also revealed that during that period, a nolle prosequi was entered in 271 cases by prosecutors and 70 cases were discontinued because the defendant had died.

In 2021 there were a total of 96 convictions for a wide range of offences and 17 acquittals. That year, 26 cases were discontinued due to the defendant being deceased.

Data also revealed that there were 320 Voluntary Bill of Indictments presented. Of those VBIs, 72 were for murder, 46 for attempted murder and 68 for armed robbery. There were five murder convictions last year and eight acquittals.

Between January to December 2020, during the onset of the COVID-19 pandemic, the Office of the Director of Public Prosecutions reported just 61 total convictions and 12 acquittals. In 2020 there were 46 guilty pleases entered, 25  being for armed robbery and six for unlawful intercourse. Prosecutors entered a nolle prosequi in 18 cases and three cases were discontinued because the defendant had died.

In 2019 there were 104 convictions recorded along with 29 acquittals. During that year 90 guilty pleas were entered along with 98 nolle prosequis. Twenty-one cases were discontinued because the defendant had died.

In 2018 there were a total of 181 convictions and 24 acquittals. There were 94 guilty pleas and prosecutors entered a nolle prosequi in 83 cases.

In 2017, there were a total of 199 convictions and 19 acquittals. During that year 104 guilty pleas were entered for a wide range of offences.

In an Eyewitness News interview last month, Chief Justice Ian Winder said there was no foreseeable end to the current court backlog unless lawmakers get creative with reforms.

Winder said: “We can’t try all these cases; it’s not expected that every case that comes before the court system is supposed to be tried. In other jurisdictions, 80 to 90 percent of the cases are resolved either by some plea, during some plea arraignment, or some other means of whether they take a guilty plea.”